Skip to content
It's difficult to imagine an uncharted world. Today, GPS and satellite maps guide us around cities both familiar and new, while scanning and mapping techniques are gradually drawing the last air of mystery away our planet's remaining unexplored territories. At one time, however, cartography was based on little more than anecdotal evidence and a series of educated guesses. But map-making in the 16th and 17th Centuries was an art nonetheless, even if these examples testify to the fact that just because you're missing important facts, total fabrication may not be the best way forward.

The Septentrionalium Terrarum, completed in 1606 by Gerard Mercator (of projection fame), presents the North Pole as an enormous mountain surrounded on all sides by sea and four giant land masses. Without any information about what lay "up there," Mercator also described 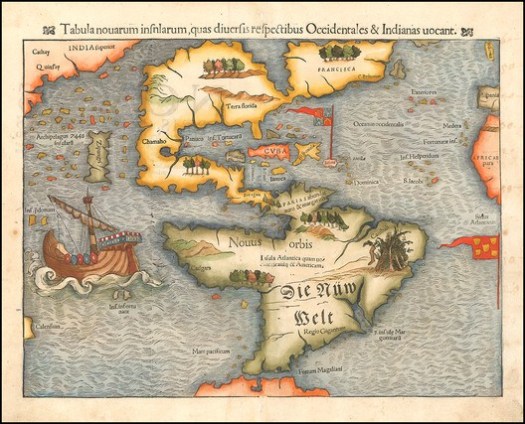 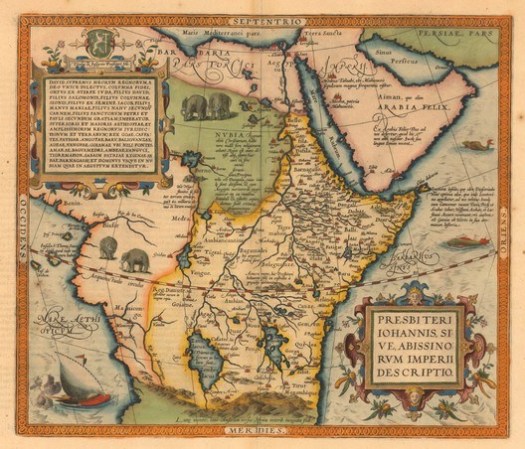 characteristics for each tectonic plate; according to Atlas Obscura, "the one in the lower right is supposedly home to 'pygmies, whose length is four feet' – likely another reference to the Inventio Fortunata, which described groups of small-statured people living in the polar regions."

The First Map of the American Continent (1550)

The Tabula novarum insularum, quas Diversis respectibus Occidentales & Indianas uocant or, to put it more concisely, the first map of the American continent, by Sebastian Münster (1550) is the earliest known map to present all of North and South America in a "true" continental form. While North America suffered immeasurably from a lack of understanding of both scale and distance (a large ocean inlet is seen to cut between what might now be the USA and Canada), the outline South America is slightly closer to reality.

An Early Map of the African Continent (1573)

The Prester John, or, a map of the Abyssinian Kingdom by Abraham Ortelius (1573) is on the one hand a relatively geographically accurate depiction of a portion of Africa, but that's where it ends. The map was intended to depict the lands assumed to have been ruled over by the legendary, and inordinately wealthy, Christian King Prester John – a figure of folkloric status for 16th Century Europeans. This mythological monarch did not actually exist but, given the scale of the continent, we have to hand it to Ortelius for his technical prowess. See more "Mistaken Maps" on 1843 Magazine inspired by The Phantom Atlas (Edward Brooke-Hitching).