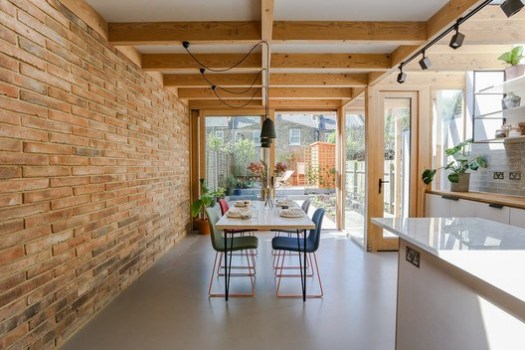 From the architect. The client, a young professional, approached us to extend her small 1950’s infill terraced house in Peckham to create a more usable kitchen and dining area with a better connection to the rear garden. The existing house had particularly low ceiling heights and narrow, awkward living spaces. The client felt that the house had been built from poor quality materials which compared poorly with the Victorian neighbours. The brief was to create a bright and open living space with materials of quality and character.

nimtim took an ambitious approach for extending and updating this small and unremarkable house. Taking inspiration from the 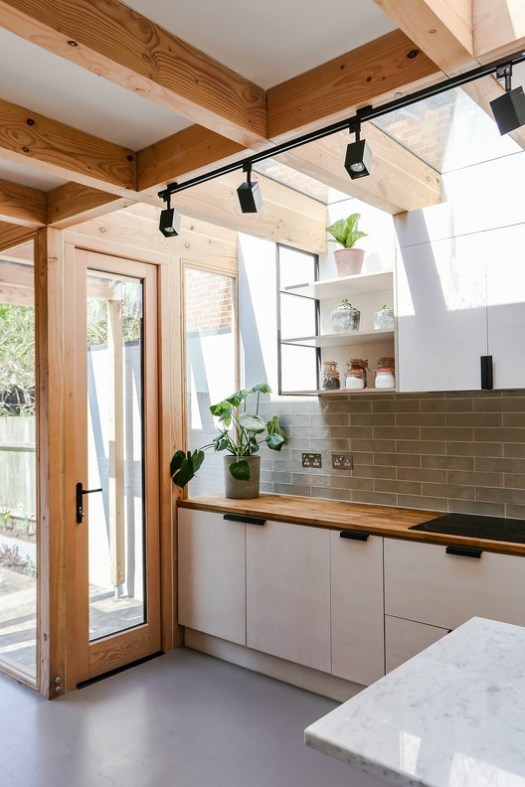 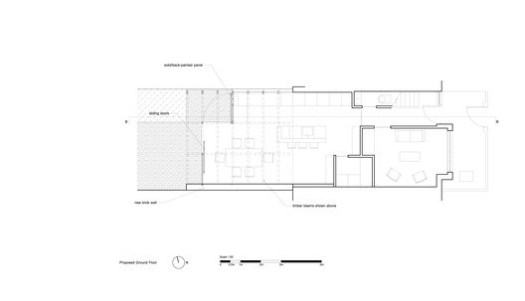 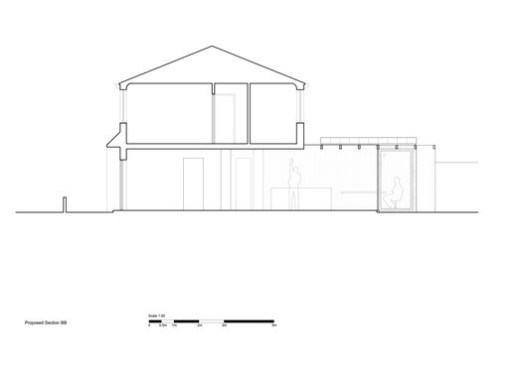 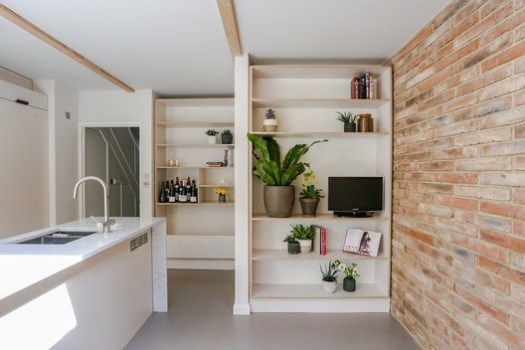 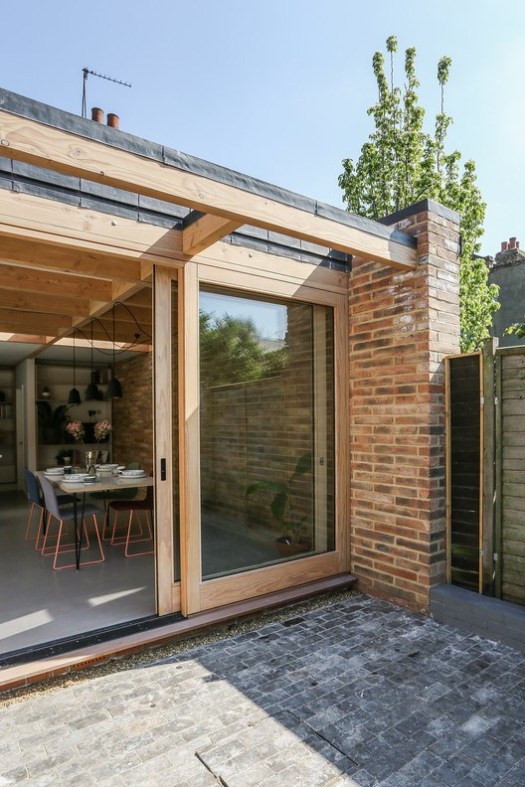 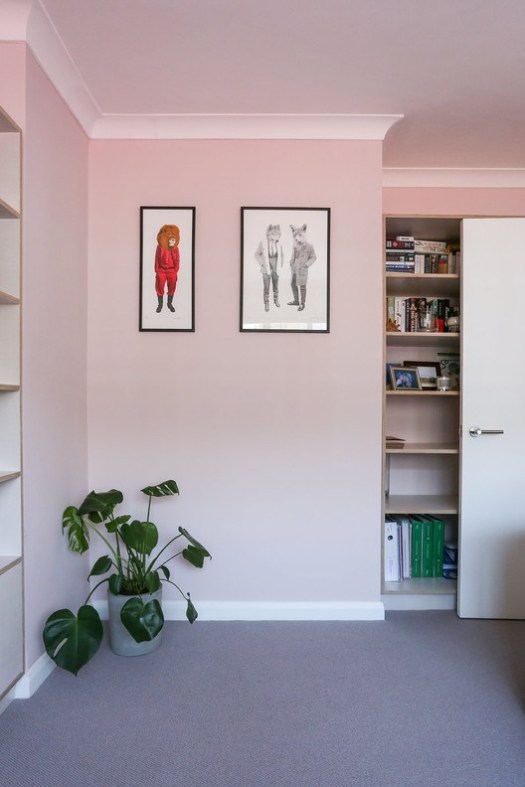 Study Houses of the 1950s, as well as traditional and contemporary Japanese domestic architecture, nimtim proposed an addition formed of a series of lightweight timber portals running both front to back and side to side. The timber structure defines a series of openings along the roof and onto the rear garden. This grid extends through the house and out into the garden; blurring the threshold between inside and out.

The design references the original Victorian property that was situated on the site before being destroyed in the Second World War; stepping back in plan to echo the original closet wing, while allowing the garden to extend into the living space.

Internally materiality was key; materials had to be high quality, with a distinctive, honest timbre - in direct contrast to those of the existing dwelling. The exposed timber portal frames are in Douglas Fir that creates a warm, pink hue, the floor is poured concrete and an exposed wall of specially selected long bricks runs along one edge of the living space extending out into the garden. A restrained, simple palette is maintained with the translucent white plywood kitchen with wooden and marble worktops. Every material quietly affirms itself independently and collectively.

nimtim architects and their sister company nimtim landscapes worked together from the beginning to create a design where the house and garden were completely integrated. A simple and bold garden plan proposed a large paved area of elegant and low cost pavers with a large planted area that mirrored the geometry of the house creating an axis that extends into the stepped plan of the house.

The beds were planted with prickly Berberis and large bulbous Hebes. Yellow Yarrow and Turkish Sage flowers give colour interest and height to the bed. A young pear tree provides a focal point at the back of the garden and a trellis with climbing honeysuckle hides a small shed and provides vertical interest.