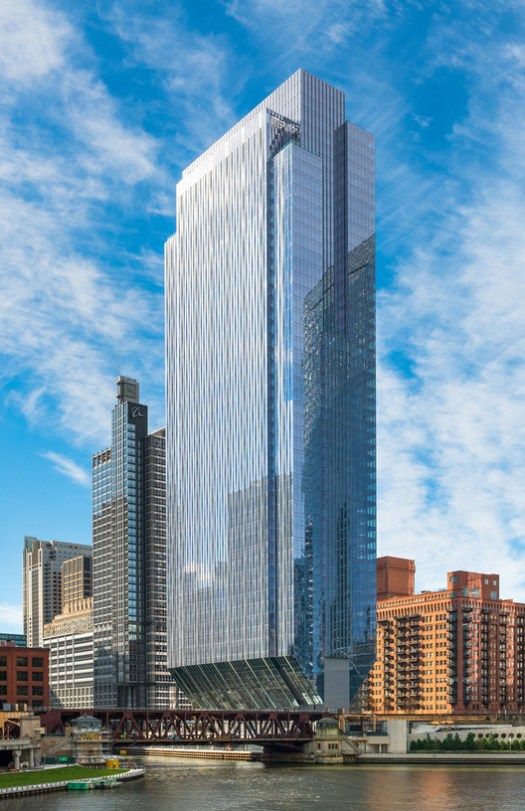 From the architect. The sliver of land today known as 150 North Riverside sat vacant for decades. Wedged between the Chicago River to the east, active Amtrak rail lines to the west, and Lake and Randolph street viaducts to the north and south, the lot is only 85 feet across at its widest point. Prior to the project’s completion, developers, for decades, believed it was impossible to build on a site with such constrictive features. Despite this long-held belief, client-developer 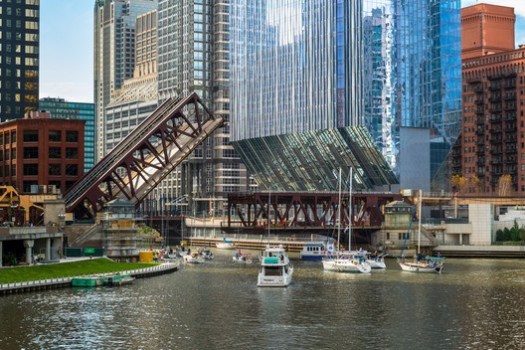 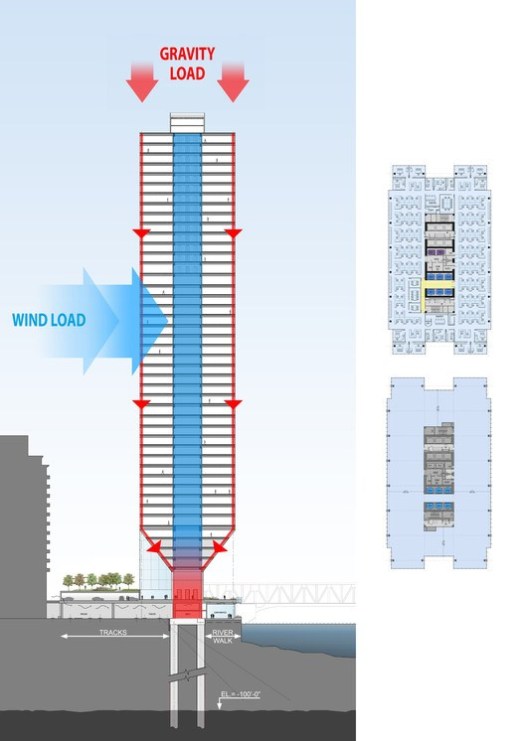 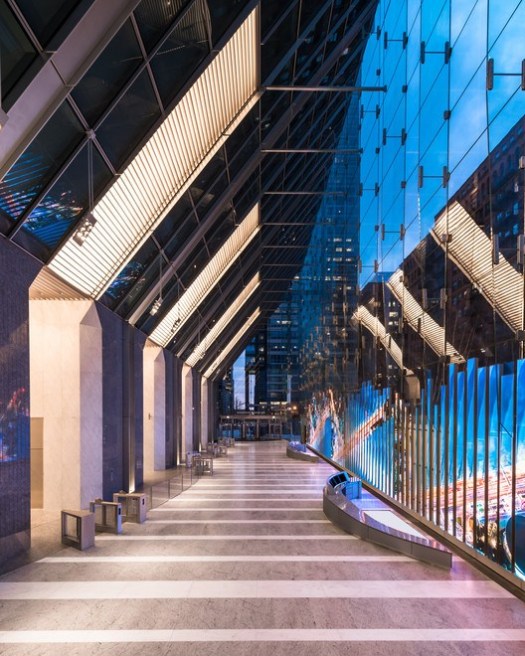 Investment & Development saw an opportunity to purchase the parcel and structure a unique acquisition of two adjacent parcels of largely air rights above the rail lines. This combined three-parcel site allowed the design team to create a 54-story office tower directly on the riverfront, in conjunction with a surrounding public park and riverwalk.

Utilizing a core-supported structure, the design features a small building footprint that opens the ground plane and allows for a dramatic, light-filled lobby while supporting efficient, column-free office floors above. Taking cues from the river, vertical mullions undulate along the building’s east and west facades to help activate the exterior. The north and south faces divide into three vertical planes that accentuate the slenderness of the tower, with the center plane recessed to create additional corner offices. The largely open nature of the base offers the majority of the two-acre site—more than 75%—as a landscaped public park with pedestrian pathways overlooking the river. Building amenity spaces include a restaurant, bar, fitness center and conference center—all with water views.

The 1.5 million-square-foot building is designed to achieve LEED Gold certification, including a number of sustainable elements designed to maximize energy efficiency and provide ample natural light and open spaces on the interior. The project also features an extensive green roof system, covering the entire structure.