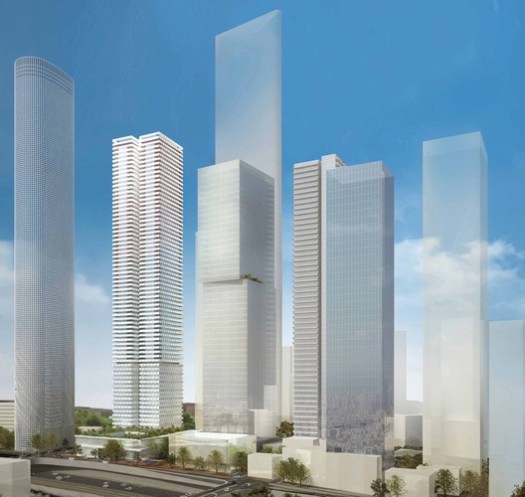 MYS Architects has been selected to design a new mixed-use high-rise in the northern business district of Tel Aviv, an area home to the city’s urban skyscraper belt. Called the “Egged Tower,” the project consists of a 65-story tower rising from a commercial podium, constituting one of the largest current construction projects in the city.

The tower will be clad in a unique panelized facade system that employs techniques developed in the “Function of Ornament” research course led by Farshid Moussavi at the Harvard GSD.

Located at the center of several of the city’s primary circulatory arteries, the project site is wedged between a major highway to the east, a prominent road with an underground light rail line under construction to the west, an intersecting road linking the city to its eastern neighborhoods and pedestrian corridors connecting the Midtown development to 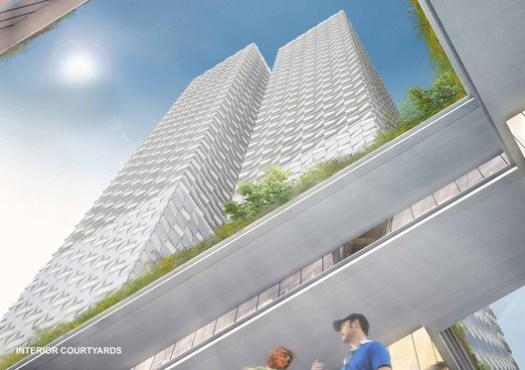 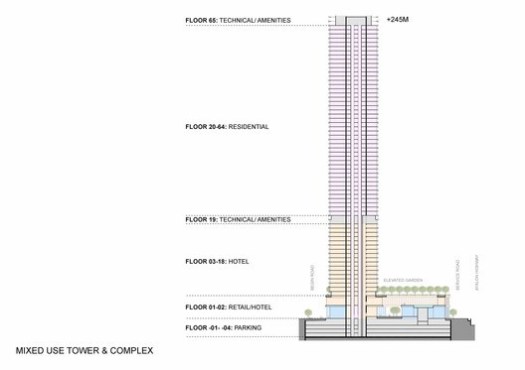 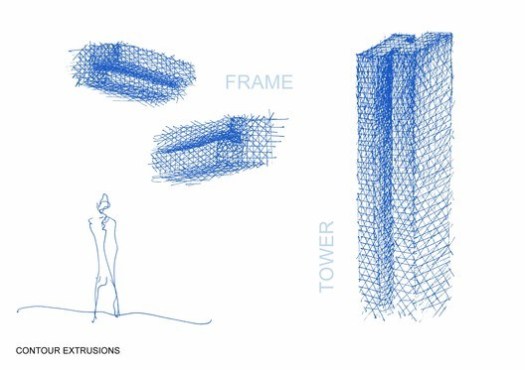 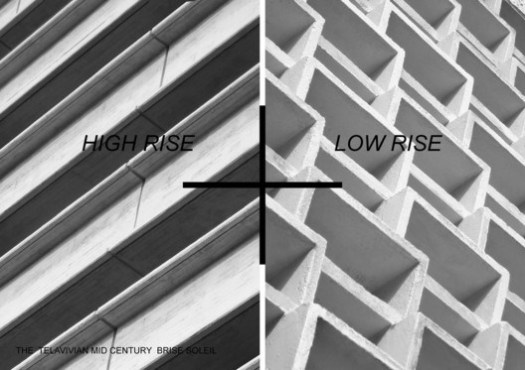 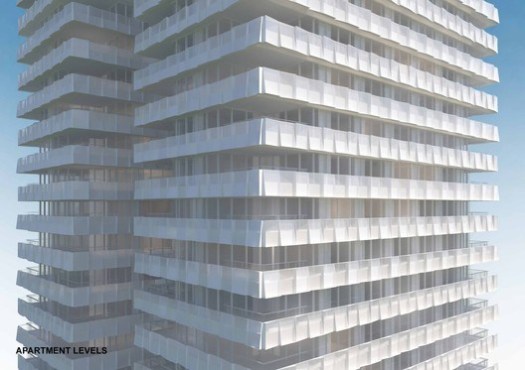 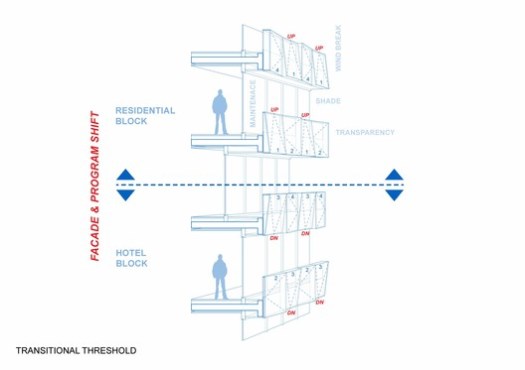 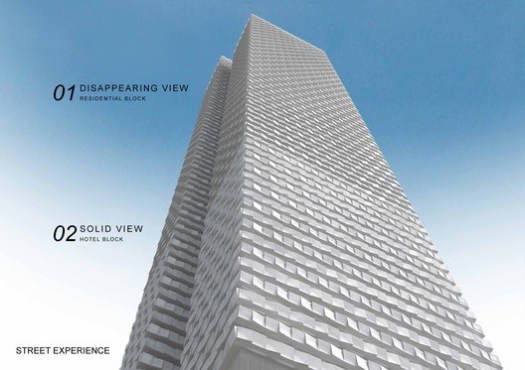 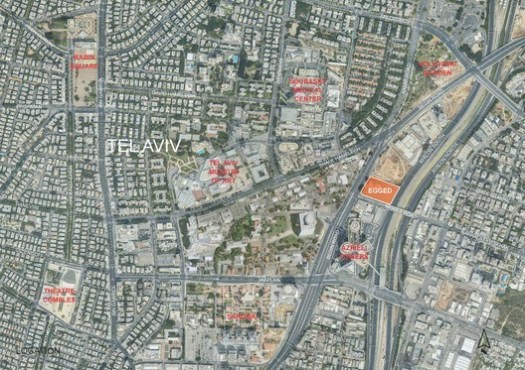 north and the Azrieli Center to the south.

Situated within the developing high-rise northern business district of Tel Aviv, Egged Tower and complex continues the urban skyscraper belt positioned between a major highway to the east, a prominent road with an underground light rail line under construction to the west, an intersecting road linking the city to its eastern neighborhoods and pedestrian corridors connecting the Midtown development to the north and the Azrieli Center to the south.

The 65 floor tower and complex program continues the mixed use character of the district with the addition of commercial space at ground level, a hotel above and residential apartment development on top.

“One of the dominating urban features of the scheme consists of an elevated garden plinth above street commerce and hotel amenities,” explains project architect Guy Re Moor. “The resulting mass of the raised slab unifies the eclectic program, while its juxtaposition funnels a widening street path to a future Azrieli plaza, light rail station and tower. Moreover, at ground level, the interior pedestrian routes give way to composed courtyards or “urban rooms” framed by the garden scene above that emphasize particular experiences of the monolithic tower and provide a respite from city life.”

The design of the Egged Tower draws inspiration from the vernacular of Tel Aviv modernism, utilizing a tilted-panel brise-soleil adaptation that infuses the environmental and ornamental.

“In addition to its local climatic attributes, a key feature of the tower scaled skin deals with its changing perception. At a faraway glance, the tilting panels reflect sunlight more acutely on the upper residential block then on the lower hotel counterpart. When one comes close, the lower hotel scales dominate as a result of a larger viewed surface area in relation to their upper residential contraries,” explains Re Moor.

“The resulting façade flip hones an accentuated shifting experience of the volume in relation to scale, program, city and street while the complex at large echoes a sense of place, the global & local, the iconic & the mundane, giving way to a newly defined Tel Avivian tower identity.” News via MYS Architects.

Located in the heart of Jerusalem, next to Israel's government assembly building, the second prize winning proposal in the Jerusalem Museum of Nature & Science competition creates a vibrant flexible building that integrates seamlessly into the landscape and urban setting. Designed by MYS Architects , their design approach was sustainability driven from the get go.