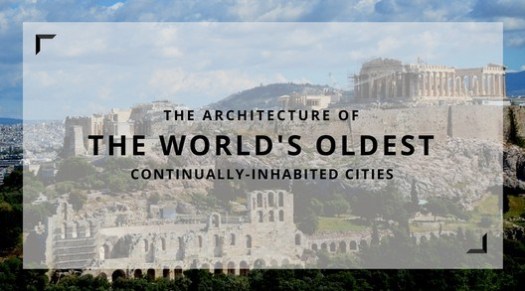 What’s so great about the oldest continuously inhabited cities in the world? Probably the fact that their societies have been evolving in one unbroken series of eras, with ever-changing values and styles that have, among other things, given rise to architectural memories of their long histories. These cities aren’t like the archeological sites we visit to see how people lived thousands of years ago; they are the exact places people lived thousands of years ago, places where people are still living today, with their rich histories buried under layers of paint and concrete instead of earth.

With ancient cities found in regions around the world, the variety of architectural treasures that can be found in these cities is vast. To give you a taste of their diversity, here is a selection of 18 of the oldest continually inhabited cities from various regions of the world, ranging from youngest to oldest, 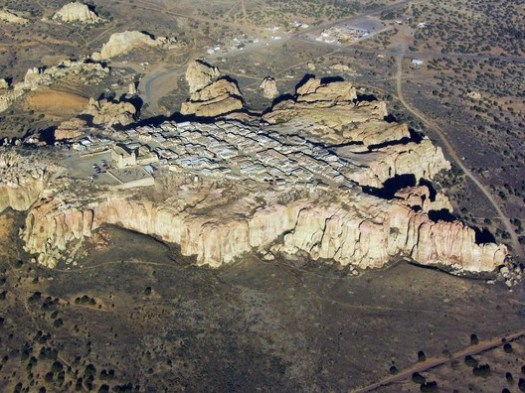 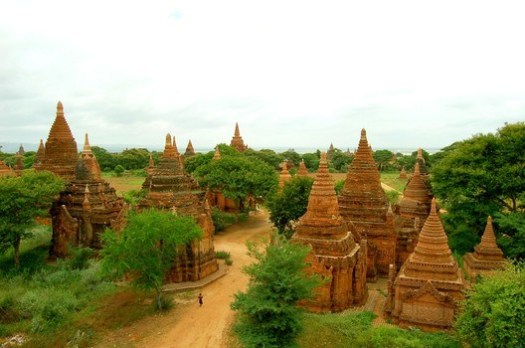 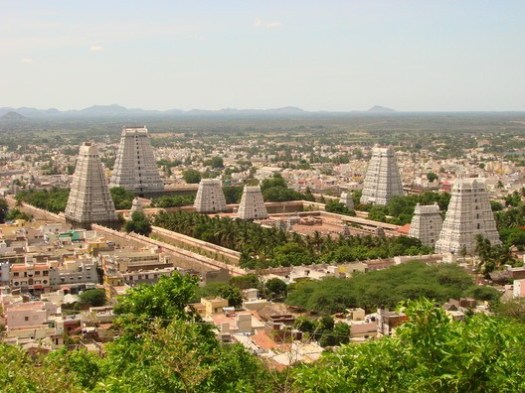 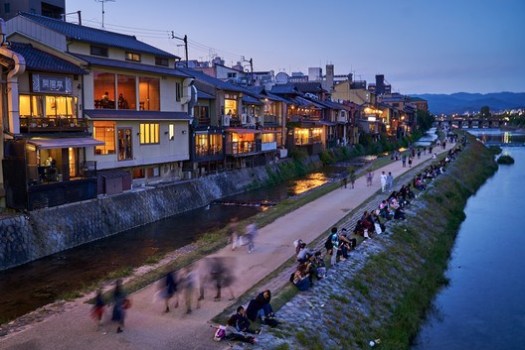 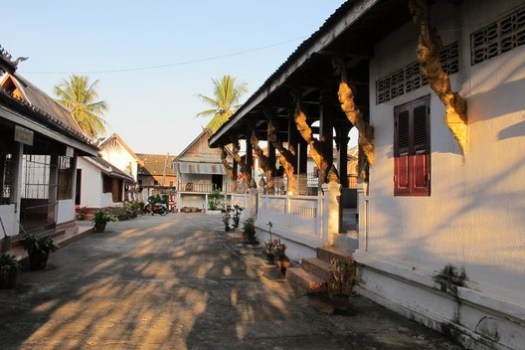 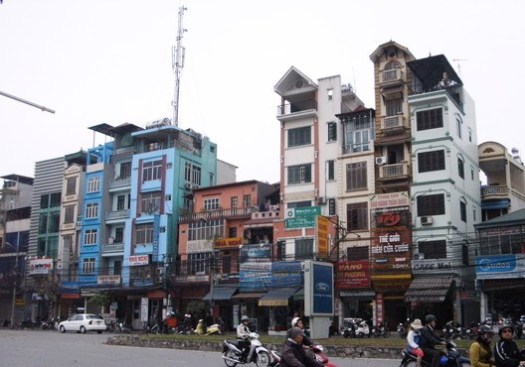 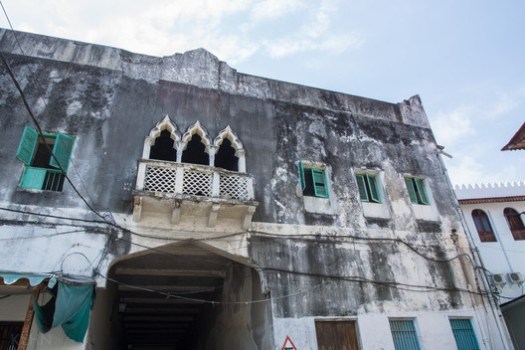 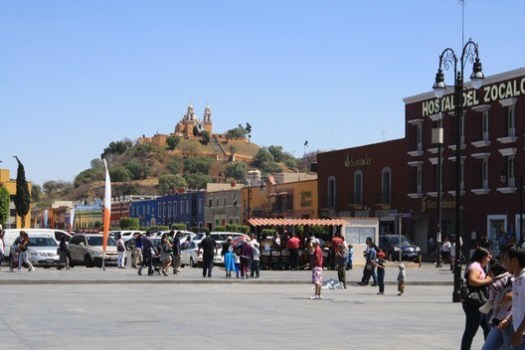 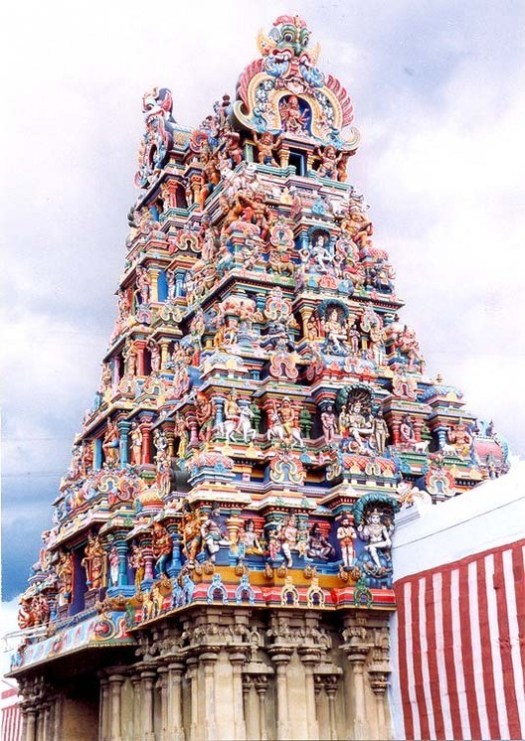 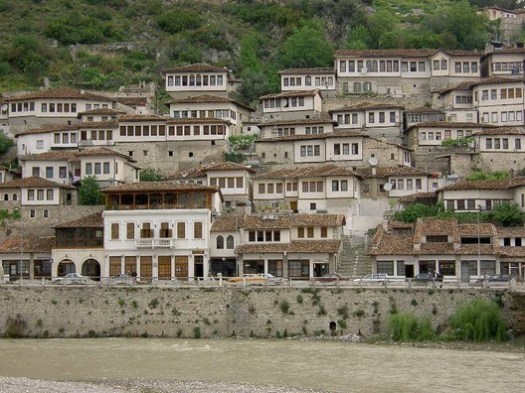 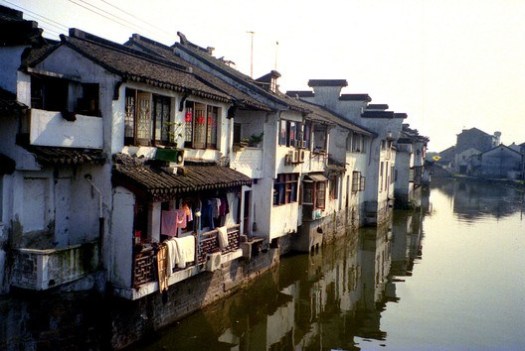 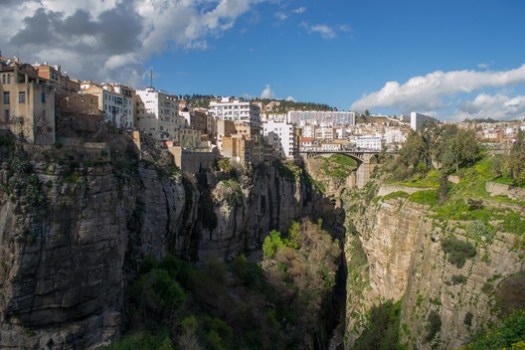 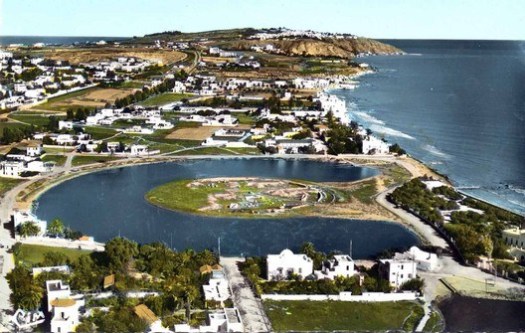 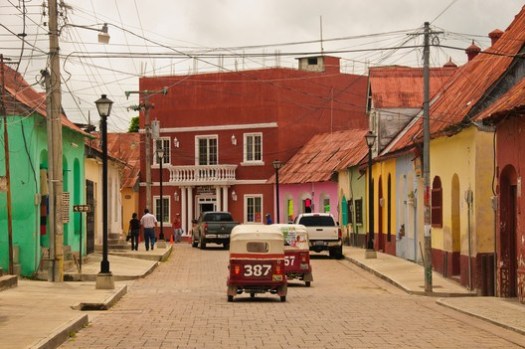 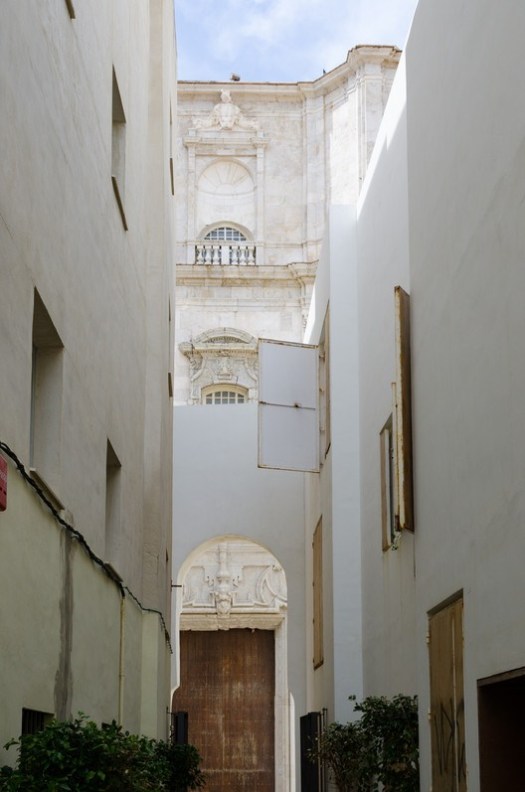 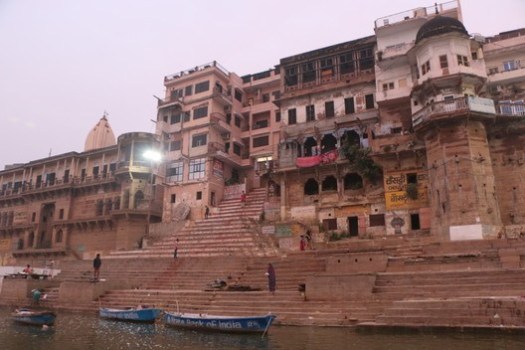 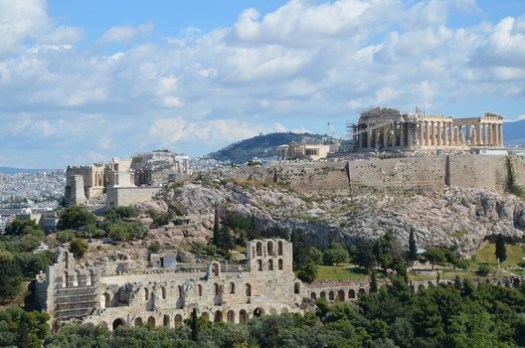 a small snippet of their various architectural puzzles.

Situated on the edge of a sandstone plateau next to a 112-meter drop, Acoma Pueblo is placed strategically and well camouflaged, consisting of just over 250 adobe brick dwellings. Traditional wooden ladders adorn the three-storey buildings, serving as the only way to enter the upper levels of the homes.[1]

A special feature of Poznań’s historical buildings is their atypical painted facade decorations, existing in a wide variety of patterns and colors.

Known for its religious architecture, over 2,200 Burmese temples are found in Bagan today—a fraction of the over 10,000 religious buildings built in the city between the 11th and 13th centuries.[2]

The history and urban organization of this city revolve around the Annamalaiyar Temple, which dates all the way back to Tiruvannamalai’s beginnings. Located by the sacred Annamalai Hills, this city is a pilgrimage site to millions of people each year, possibly explaining the city’s expansion beyond the Temple walls.[3]

Kyoto is one of the richest cities in Japan when it comes to traditional Japanese architecture. Deep eaves extending off curved roofs that are characteristic of Japanese building design still exist throughout the city, as well as traditional machiya townhouses.[4]

Along with the 33 Wat temples and surviving colonial architecture, Luang Prabang also has remnants of the Lan Xang kingdom from the 16th-18th centuries. Low wooden saddle roofs that are reminiscent of Thai building styles can be found in the city, dating back to this time. Nowadays locals often build their homes on stilts, with space for animals below the houses.[5]

Due to building taxes in Hanoi being based on the width of building’s facade, many houses in the city are very slim and tall. Hence their nickname: tube houses. Ground floors are often used as shop space for the building’s inhabitants, and courtyards are added to improve the airflow within the tightly packed houses.[6]

With historical influences from Arabic, Persian, Indian and European architecture, one can find monolithic Arab mansions standing next to homes with delicately carved wooden balconies originating from India.[7]

Cholula, Mexico (inhabited since 200 BC)

Unknown to many, Cholula is home to the biggest pyramid in the world, built out of adobe bricks. Its architectural building style is closely linked to that of the Teotihuacan, an ancient city in the Valley of Mexico.[8]

Madurai, India (inhabited since 300 BC)

From above one can see the urban plan of Madurai as a series of quadratic streets encircling the Meenakshi Aman Temple in the center of the city. Its design originates from the 16th century, when the king of Maduari reordered the city according to Shilpa Shastras, or "the rules of architecture."[9]

Berat, Albania (inhabited since 314 BC)

Known as the "Town of A Thousand Windows," the houses along the Osum River feature a forest of dark quadrants against white walls.

Suzhou, China (inhabited since 514 BC)

Houses line the canals of Suzhou, much like they do in Venice, leading directly into the water on stone foundations. Roofs with long eaves and intricate wooden patterns frame the windows and balconies.

Constantine, Algeria (inhabited since 600 BC)

Built upon the edge of a gorge, Constantine’s buildings appear to melt into the mountain.

Carthage, Tunisia (inhabited since c.814 BC)

Carthage was once home to a powerful port, heavily protected by walls and gates. Remnants of this structural feat are left in the form of a circular canal by the coast where the ships would stay when in harbor.

Flores, Guatemala (inhabited since c.900 BC)

On the island of Flores, which is now only a small part of the city of Flores, the last independent Maya state survived Spanish conquerors until 1697. Everything existing before this time was destroyed and replaced by the current architecture found in the city, including brick buildings painted in bright colors.[10]

Cádiz’s densely populated and narrow streets jut out into the ocean on a narrow peninsula. It hosts ornate neo-classical cathedrals and theaters, as well as more minimalistic volumes, often white—a trademark of Andalusian architecture.[11]

Varanasi, India (inhabited since 1800 BC)

Legends say that Varanasi was founded by the Hindu god Shiva. The city is known for its ghats, or riverfront steps that ascend from the Garages River; there are over 80 ghats in Varanasi, most of them built after the 1700s. Some are exclusively used for cremation ceremonies, but mostly they are used for bathing in the river and puja prayer ceremonies.[12]

Athens, Greece (inhabited since 5000 BC)

When it comes to the oldest continually-inhabited city in the world, things get a little tricky: various cities including Damascus and Jericho have archaeological evidence dating back to the early neolithic period, but proof of continuous settlement earlier than around 3,000 BC is challenging. To round out this list we've selected another challenger for the oldest continuously inhabited city—one whose world-famous Acropolis was constructed almost two-thirds of the way through the city's long history and is now surrounded by even younger buildings as part of a bustling global metropolis.