From the architect. A neighbourhood family had a redundant piece of land, and offered that to “Het Da Vinci College” , a school for animal care and gardening, with pupils who require additional support. They didn’t know where this would end, because there was a plot, lots of enthusiasm, involvement, from the school, neighbourhood and city council, but neither the skills, nor the money to realise the project.

That’s where RO&AD architects stepped in. With help of the Province of Noord-Brabant, Visavis Landscape designers, who gave a small budget, they designed a plan which made it possible 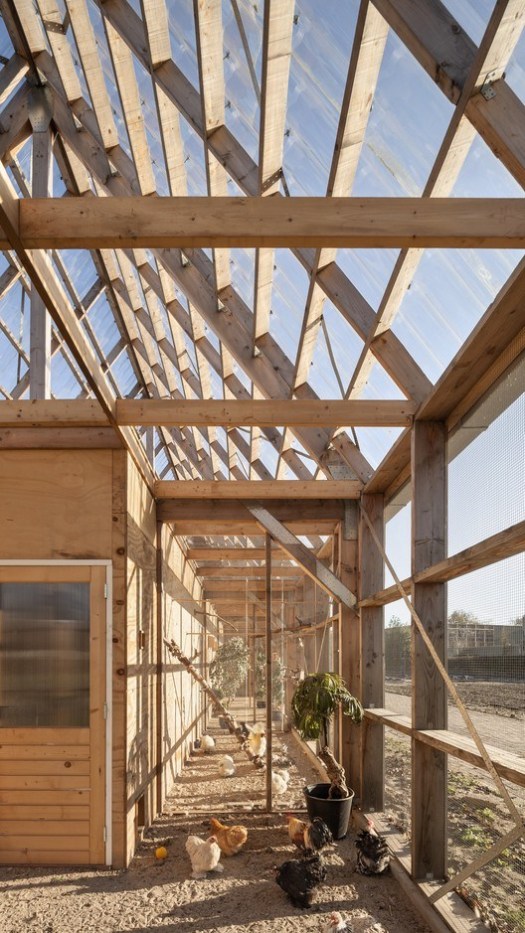 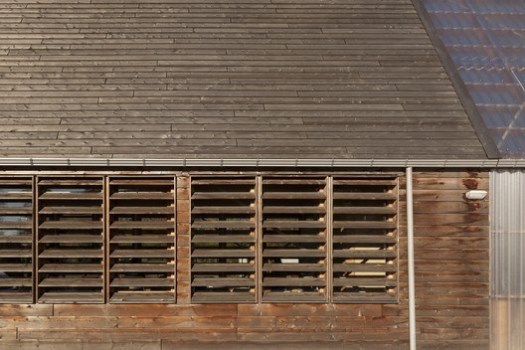 be made by the teachers, the pupils, and the neighbourhood themselves. It is a 6 meters wide and 100 meters long timber structure, with relatively easy to make trusses, which are held together by nail plates. All rooms, like the classroom, animal room, greenhouses etc are placed in a row, without any room and money devouring things like halls or hallways.

When Rini, a teacher at the school, saw this, he became so enthusiastic, that he offered to make the building himself. And that is what happened. He postponed his retirement for 2 years, and together with neighbours, students and lots of other people he started to work. Under the guidance of a contractor and the architects, he built the school, and the garden in 1 1⁄2 year’s time. And it works! Neighbours are taking down their fences to get access to the school garden.

They take care of the plants and the animals during the holidays, and the students finally have a place where they can be proud of to work on.