From the architect. The architectural fact as a tool for the construction of the memory and identity of a community is the fundamental principle on which the project is based, having as elements of creation the collective imagination of culture, traditions and history, shaped and shaped by the Same landscape and territory in which they are.

The Peñol known as the Phoenix of America is a municipality which suffered a forced displacement of its municipal head, which did not break but modified its line in history and was able to resurface. 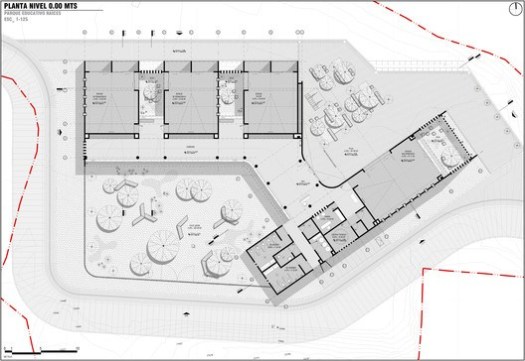 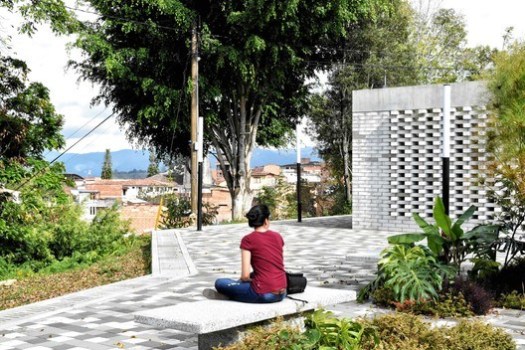 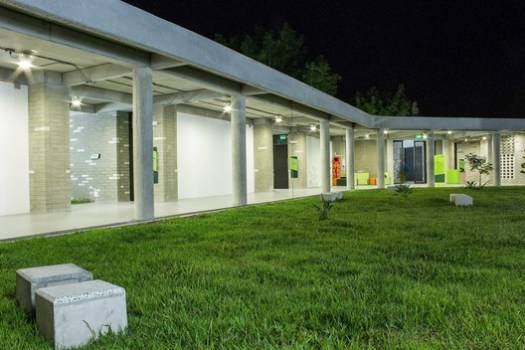 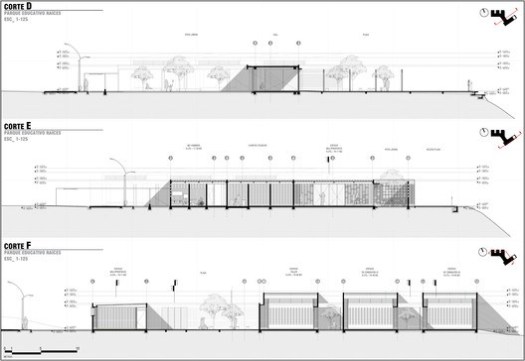 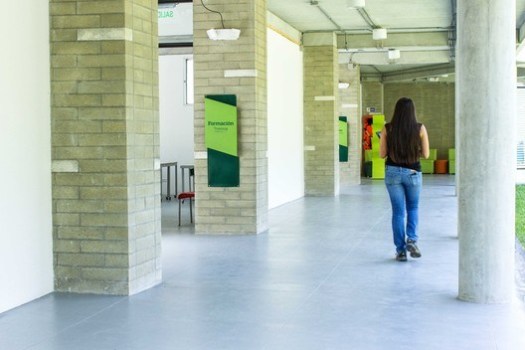 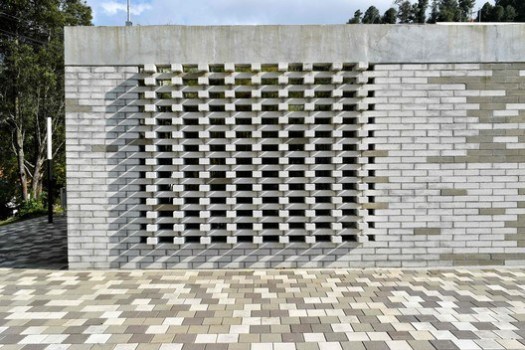 of the project is in the urban perimeter that makes it a visual icon of the municipality, strengthening the values and traditions supported in an open and collective public space, a scenario of integration, for the creation of an identity and appropriation of it.

The Project receives the visitor from a square, a lookout space that becomes a witness of the new landscape in which the community lives. Within the project the pedagogical and cultural spaces are their most important value in the vacuum that complements them, free and flexible spaces suitable for the meeting, formed from yards and gardens allowing to extend their activities to the common space, the space of all, Is understood as a tradition learned and that has been lost the use of the patio and hall of the traditional housing of Peñol and this is taken as an articulating space in the project, an area to share.

Landscape as primary material is an integral part of spatial construction, taking light and shadow, air, vegetation and the landscape itself which is intrinsic part of the site, these primary elements in themselves require the absence of the built, the Empty, to be able to inhabit it, gardens, yards and squares in them can be evidenced that passage of the time that marks the rhythms and moments, full and empty. The project is in a natural context of transition between urban and rural, this is built from materials and finishes in sight, where the same structure is the final face, propose textures and finishes honest and austere, which Give the maximum protagonism to the natural atmosphere, it becomes a canvas that receives the exuberance of the vegetation and the colors of the culture.

Constructive clarity and simplicity through the use of concrete walls in varied and concrete blocks reflect a modular and practical system without losing the variety from its free areas that improve the construction quality, reduce execution times and work budgets. The Educational Park becomes a space that recognizes its own landscape, showing it with the capacity and the kindness to receive the activities and experiences, which will allow to create and to consolidate the Memoria and fragmented identity