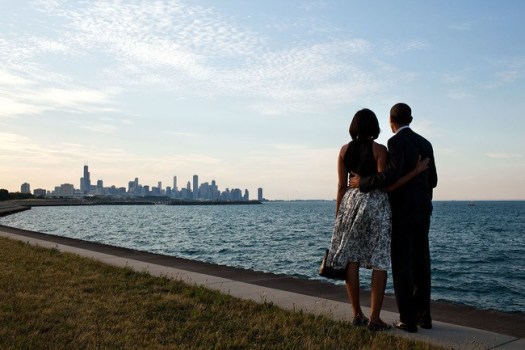 The Chicago Tribune is reporting that the Obamas will finally reveal a conceptual model of the former president’s library and museum tomorrow. The Obamas are to release the three-dimensional model at a community meeting event at the South Shore Cultural Center, which also happens to be where the couple held their 1992 wedding reception. Expected to attend the event is Chicago mayor Rahm Emanuel, who also served as the president’s first White House Chief of Staff. Obama will host a roundtable discussion, giving an update on the center, followed by feedback from community leaders—a format that makes sense given that Obama got his start as a community organizer in Chicago and has long been a champion of civic engagement. The Presidential Center, which is being designed by architects Tod Williams and Billie Tsien, has been estimated to cost anywhere from $500 million to $1.5 billion and will be in Jackson Park, a choice that has been controversial. Some are worried that developme...