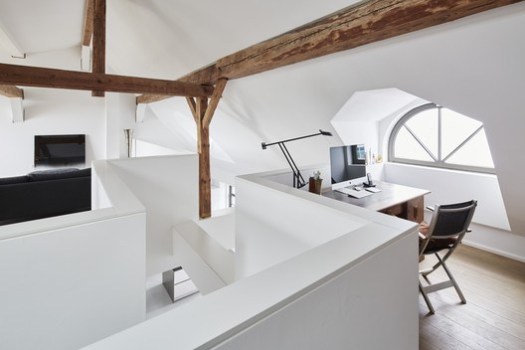 From the architect. Main: East Side Lofts is a mixed-use building in a rapidly changing neighborhood near Frankfurt, Germany’s 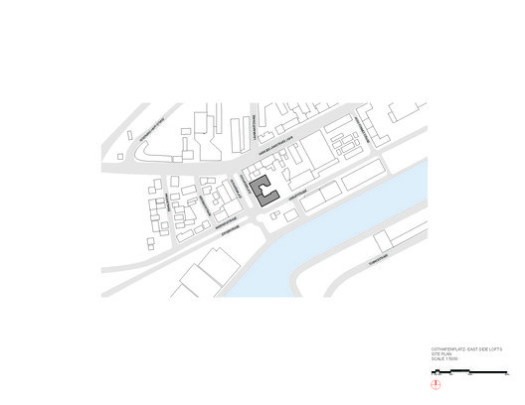 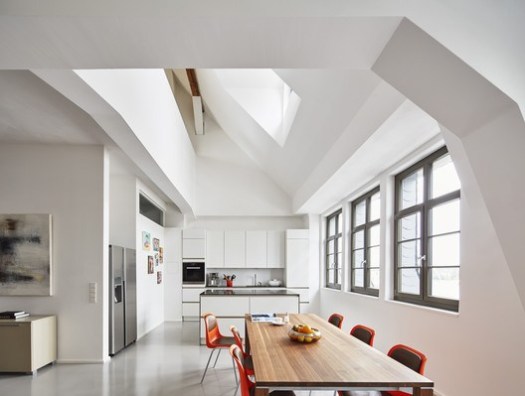 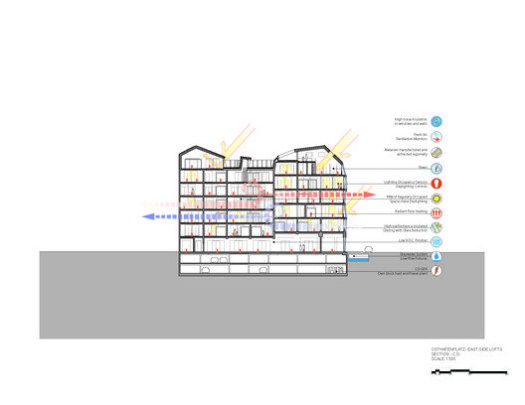 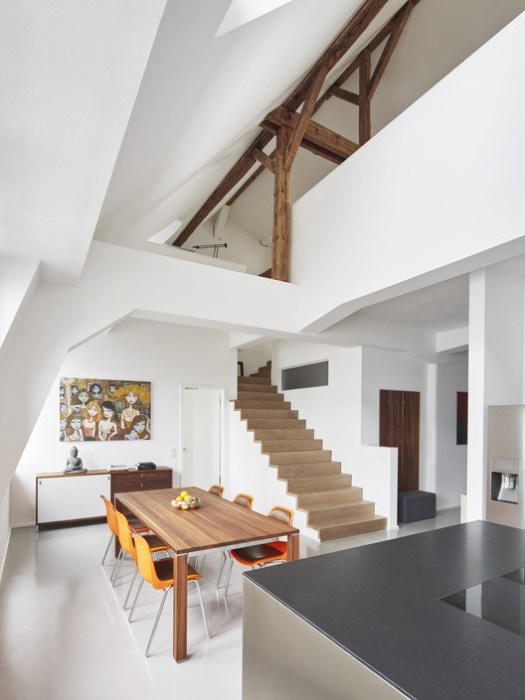 Harbor (Osthafen). The original prewar building was built as a factory; however, due to the outbreak of World War I the design was never fully realized and the building was used instead as a hospital and later as worker’s housing. 1100 Architect’s design addresses two tasks: the renovation of the historic building and a contemporary addition of equal size that completes the original volume. 1100’s comprehensive investigation of the existing structure involved a collaboration with Frankfurt’s Landmarks Department, from which the firm developed its strategies to finally realize this building almost a century later.

To achieve a cohesive whole, the addition interprets to the volume, rhythm, and proportions of the original building but reimagines the unfinished wing in a modern language and with new materials. The project adheres to two design concepts: the exterior wrapping of the façade and the interior loft layout.

The façade is inspired by the original mansard roof and conceived as a continuous wrapper. The outer surface of the building seamlessly folds along the height of the façade to ultimately form the roof. All surfaces are uniformly clad in cement fiberboard and highlighted with colored reveals in the depth of the windows. These panels playfully bend to reflect light capturing a range of visual tones as one moves around the building. Modern in character and shape, the new façade establishes a contemporary foil to the landmark structure. In addition to its distinct form, the building envelope employs highly rated soundproofing materials to mitigate noise from the harbor. Central to this strategy are the acoustical double windows which sit deep into the thick walls, deflecting sound vibrations.

The loft layout of the interiors places importance on flexibility of open space. Key characteristics of the historic structure – like its high ceilings and large windows -- were transposed to the addition. The upper floors utilize the attic to provide continuity of space, creating bespoke lofts with non-traditional floor plans.