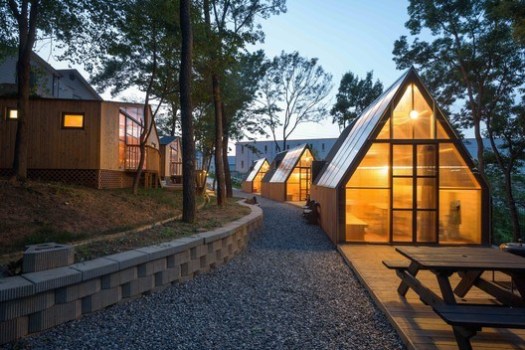 © Kyung Roh 1. # Human The building owner is a first-generation Korean camper who accepted the camping culture in his childhood and had many years of experience of running of a camping site in Yeoncheon, Gyeonggi-do. From this experience, he wanted to create a space that reflects his own lifestyle and his attitude toward life; share the culture with other various people through this; and, furthermore, maintain 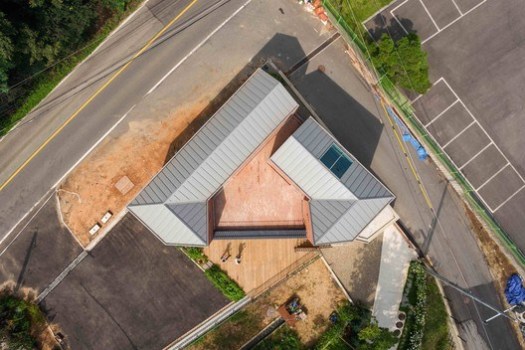 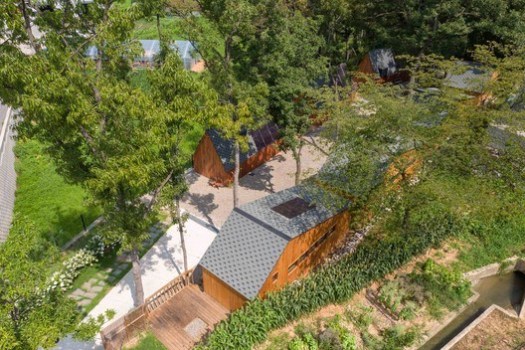 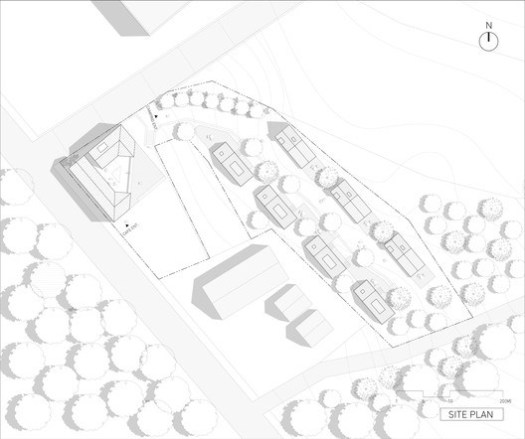 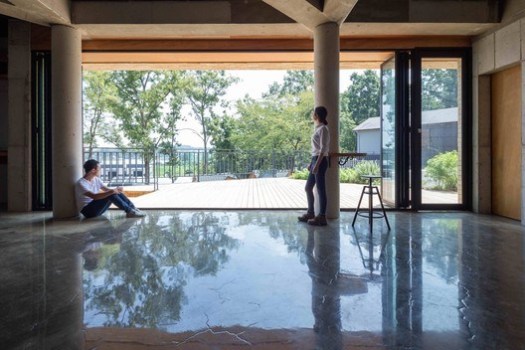 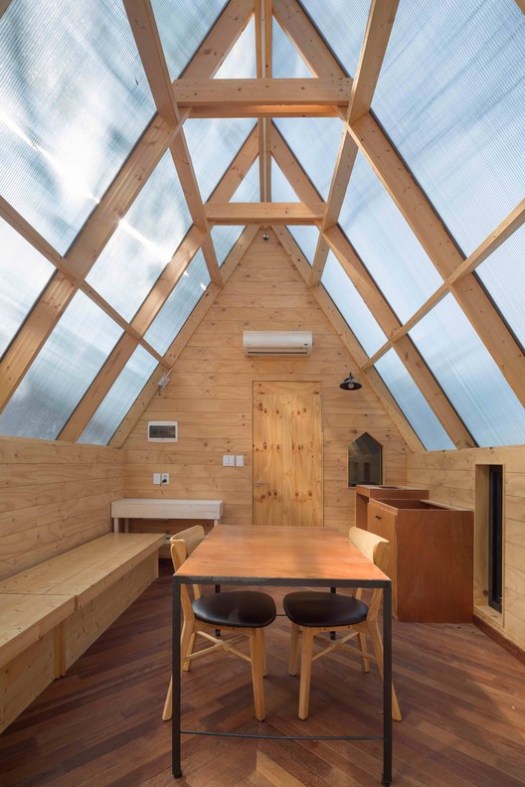 I held a series of workshops while proceeding with the project, the first being on the camping site run by the building owner. At the time, we held several meetings to talk about what the camping culture each of us thought should be. Create an experience that every one of us could go beyond vain discussions to emphasize with was the most important starting point of this project.

2. #Place The camping cafe 'HARU' is located in a little forest before the building owner' house, where he was born, grew up, and played, making the playground of the trees. The trees of his height stretching out through the crevices of the neglected hill were the assets to this forest and an important string of memory that the land should keep at the same time. Now that some developers had come and gone to the hill and callously cast the words of 'reshuffling', the task given to us was to solve the question "How should we harmonize this forest with the architecture?"

3. #Workshop 'Forest, Trees, and Land' The most harassing and difficult part of initiating the design was a construction in nature. Natural trees that defied any attempt to take their measure were distributed throughout the land, and these trees were the product of those long-term memories and traces that attested to the value of the land. So, we held a workshop 'Forest, Trees, and Land' with the building owner. While walking through the forest, we were able to sort out the trees we had to give up for dead and those we had to keep intact for any sake and set up the scale of the building among the trees. In this way, the trees never ceased to follow us from the beginning of the workshop to the end of the construction. They were not only the most important things on this land but also the biggest obstacle to the construction.

4. #The Snow White and the seven dwarfs are camping out!

Seven small wooden glamping modules and one concrete building in which to run a café: The surrounding area was full of mushroomed factories due to the sprawling development of Paju and, some sandwich-panel factories were scattered around the land. To create a "whole rest in the forest', we decided to build a little village against the backdrop of this little forest. A forest existing and then a building seeping into it, rather than trees planted after a building built- that may be the most natural way of the construction. Pruning some trees and wandering in the forest, we felt as if we were elves. Had we not been elves, the developers must have turned this land into a horrible thing covered with asphalt. We thought ourselves to be the elves, the protectors of the forest, and the building owner the lord of this land. In this way, we planned on the Snow White's castle and the seven Dwarfs' little village. As you enter the Dwarfs' forest (the glamping site) along the natural slope of the land that is getting gradually farther away from the roadside, this little village, beginning with the Snow White's castle (the cafe), transforms itself into a space only of the forest completely cut off from the surrounding pollution.