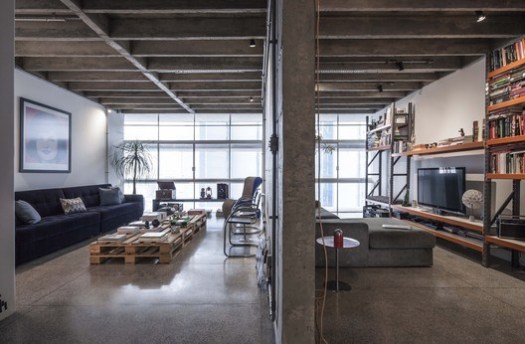 From the architect. Located on the 11th floor of the Copan Building, the apartment signed by SuperLimão Studio had as premise to integrate the spaces. The challenge was to create spans in the project, since the existing structure did not allow to transform the apartment into a loft.

The solution found by SuperLimão was open as much as possible the structural walls. The circulation gained fluidity, increased cross ventilation that enters both sides of the building. 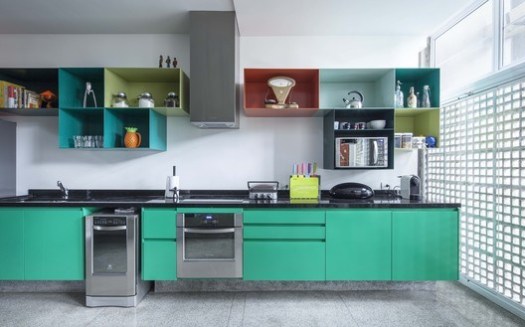 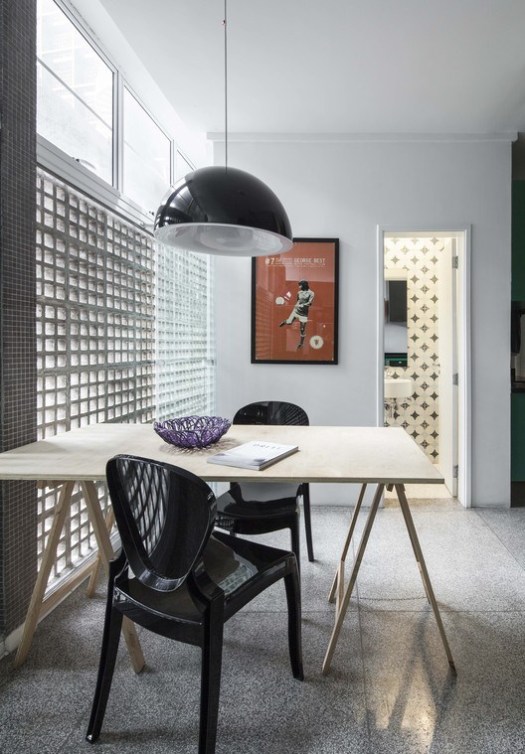 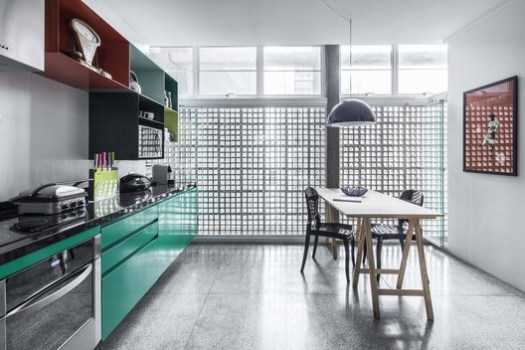 of one of the three rooms. The rooms and the TV room are on the front facade, with the protection of the concrete brises characteristic of Copan. The kitchen and the dining room have been installed on the back facade and have natural light from the breeze blocks that line the building - however, hinged windows were added due to the intense wind on the floor. The concrete was peeled off by SuperLimão to expose the concrete shapes of wood panels and the plaster lining was removed to expose the ribbed slab, widening the ceiling of the living room.

Already the lighting was all apparent in galvanized steel pipes that run through the ceiling and the walls. The industrial language is reinforced in the interiors, on the customer-mounted shelf in steel frame and in the kitchen, with steel cabinets.

The back laundry occupies the area left by the maid's room and is integrated into the kitchen - what separates the spaces is a perforated plate gate that gives more privacy to the areas. And the back bathroom in the new project has become a toilet for the apartment.