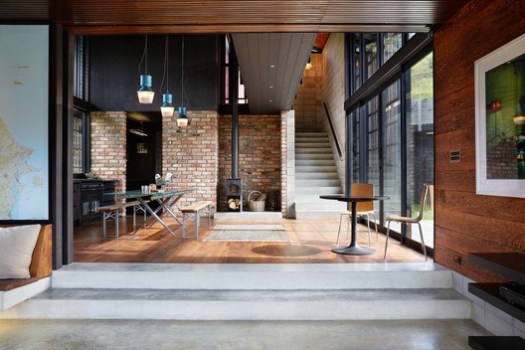 From the architect. The site was a secret valley that had been subdivided off from a larger farm located about an hour north or Auckland.

I wanted to explore what a “Modern Farmhouse” could be using traditional New Zealand rural buildings as a formal reference for two of the three structures. One is a faithful copy of a shed typology, the other is an evolution of a hay-barn typology into a more complicated spatial experience. The third building is a tower standing as an sentinel for the valley and utilised as guest accommodation. 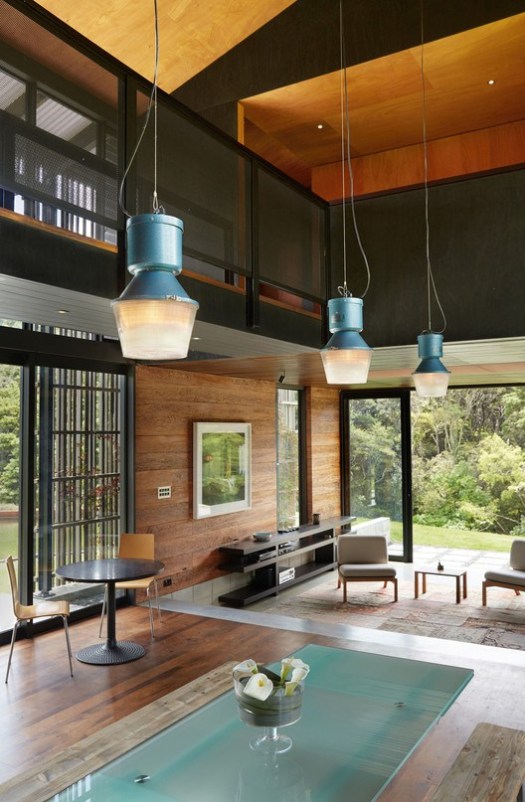 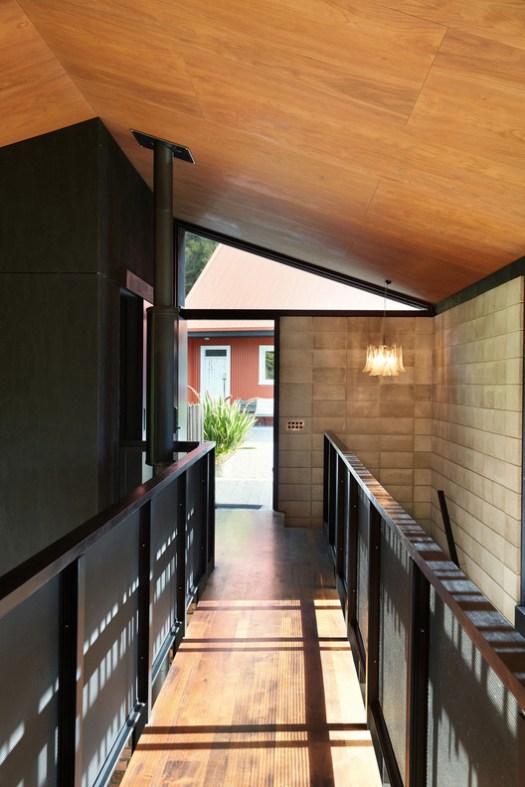 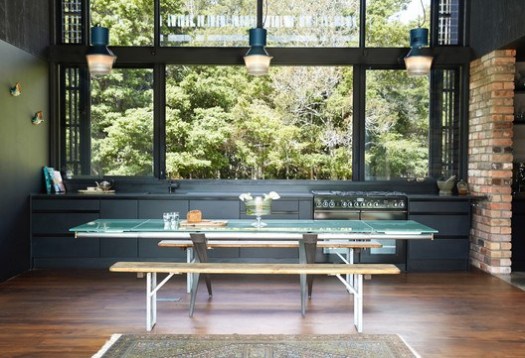 their childhood on a Dairy Farm. This idea of nostalgia suggested a search for the romantic and the rustic rather than intellectual abstraction.

The collection of structures is assembled informally around a gravelled yard and a 3m step in the ground contour to the level of the lawns.  This arrangement serves to reference most farm complexes aggregated nature, and allow the buildings and the interstitial spaces to constantly re-frame the landscape as occupants move though the site.

Instead of the modernist dissolution of the interior and exterior, there are clear divides between the two and a gradation of light and volume from the large well-lit spaces to the smaller darker.

The changing interiority a traditional barn through the seasons as it fills and empties with hay is referenced by playing out the main circulation on the two levels and the varying proximity to the enclosing roof.