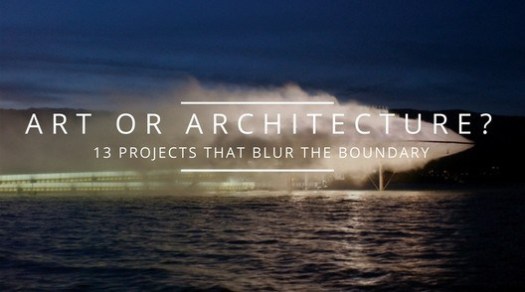 Whether architecture is a form of art or not has often been a controversial topic of conversation within the architecture world. If one goes by the general definition of the word "art," architecture could potentially fit within the umbrella term: "the expression or application of human creative skill and imagination, typically in a visual form such as painting or sculpture, producing works to be appreciated primarily for their beauty or emotional power." As anyone involved in the architectural discipline probably knows, there is an abundance of varying definitions of the word "architecture," so whether its primary purpose is to achieve beauty or to organize space is evidently up for discussion.

Ask Jay A. Pritzker, founder of the Pritzker Prize, and he may say that "architecture is intended to transcend the simple need for shelter and security by becoming an expression of artistry." Ask The Guardian's Jonathan 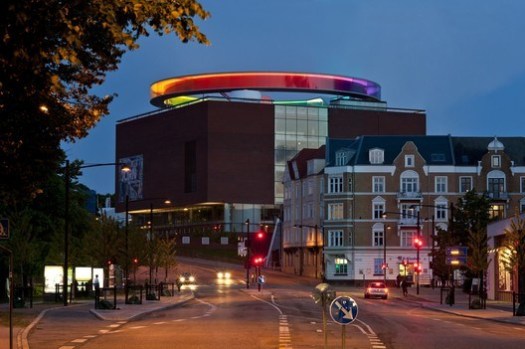 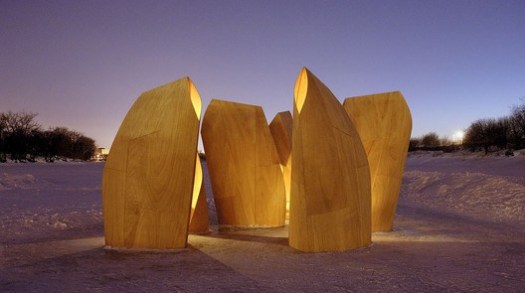 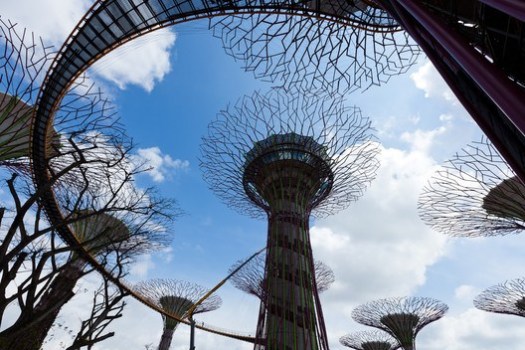 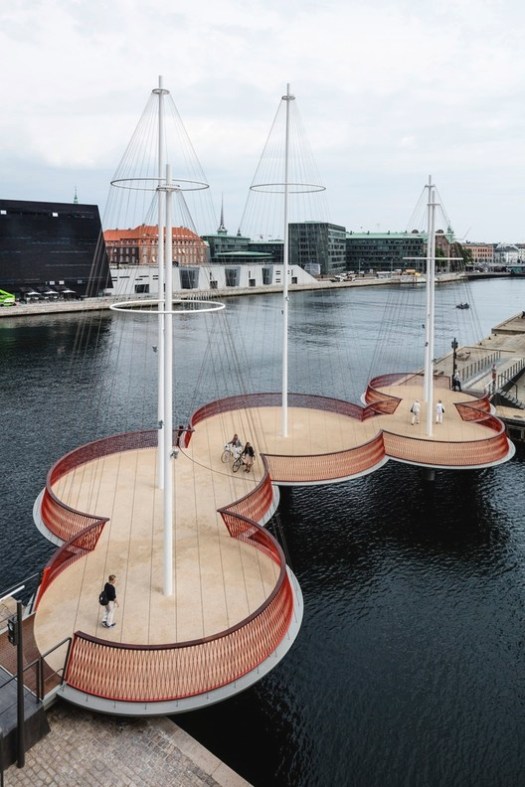 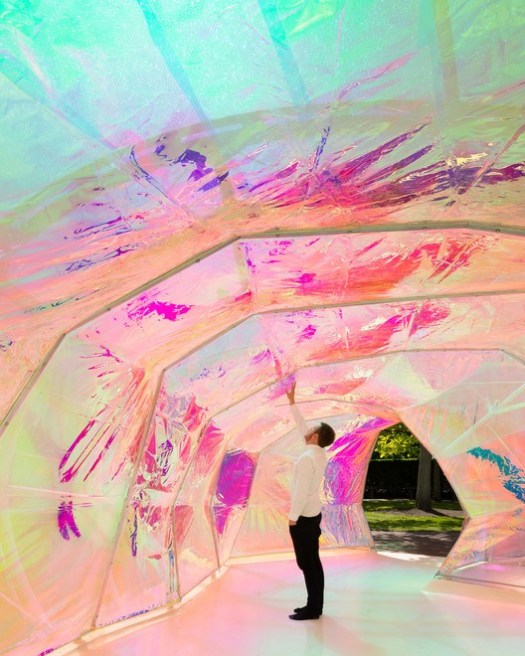 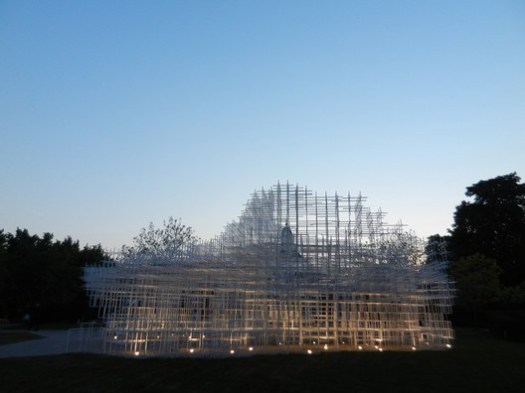 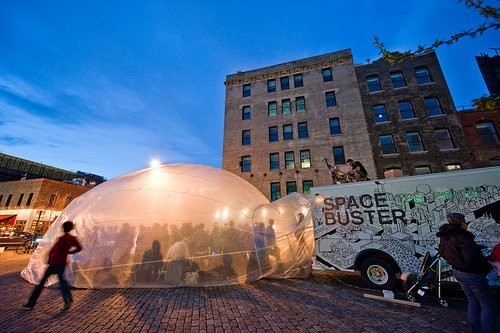 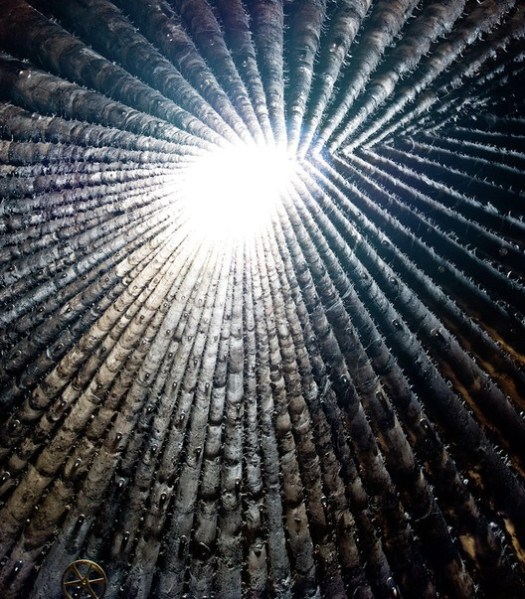 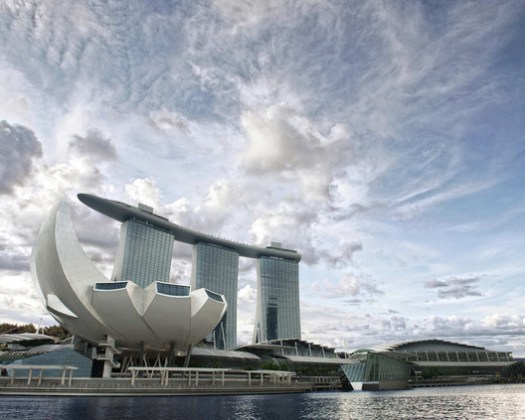 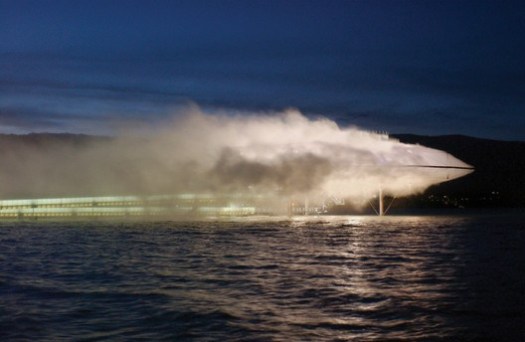 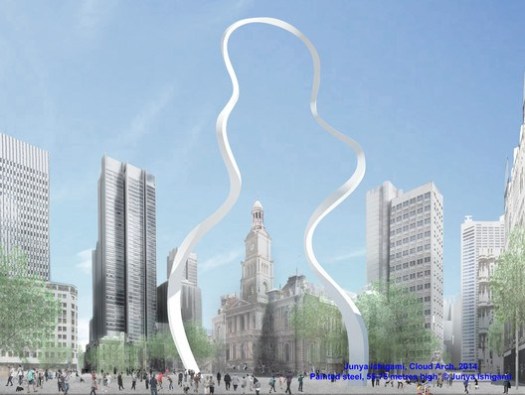 and he may tell you that "architecture is the art we all encounter most often, most intimately, yet precisely because it is functional and necessary to life, it's hard to be clear about where the 'art' in a building begins." But this ambiguity is part of what makes the field of architecture challenging and exciting. To celebrate this complicated aspect of architecture, below we have collected a list of just some of the works that could be seen as art, architecture or both, depending on who’s looking, to provide some context to those blurry boundaries.

Built on top of ARoS art museum in Aarhus, Denmark, the rainbow panorama is a permanent space that serves as the building’s icon.

This monument to witchcraft found in Vardø, Norway, is made out of a silk cocoon suspended by the coastline in a fantastical rocky landscape.

Acting as shelters from the minus-40-degree-Celcius temperatures in Winnipeg, Canada, these flexible plywood constructions huddle together in clusters to achieve dynamic relationships with sun and wind.

Ranging from 25 to 50 meters tall, these vertical gardens light up in the dark with a variety of dancing colours, and host a restaurant and "treetop" walk in their canopies.

In homage to the boats moored in Copenhagen’s harbor throughout its history, Cirkelbroen is a pedestrian bridge designed to slow people down and encourage public interaction.

Constructed out of brightly coloured plastic wrapped around minimal steel frames, this pavilion attempted to replicate the multiplicity of spaces that exists in the London underground.

Fujimoto’s Serpentine Pavillion was a three-dimensional and transparent light steel grid that users can walk on, under and around.

The process of constructing Bruder Klaus Field Chapel can almost be seen as an art performance in itself: starting with a wooden structure, masking it in concrete, and burning it away through a hold in the roof to leave behind a charred cavity.

Made up of 10 enormous petals that meet at an oculus letting through the pouring rain, Singapore’s Art Science Museum is like an enormous white lily rising out of the Marina Bay.

A building made out of an artificial cloud of mist, Blur Building was determined by the wind’s direction, concealing and revealing views that influenced the movement of people through the architecture.

With construction planned for 2017, the proposed 75-meter-tall steel arch will be placed in front of the Sydney Town Hall, in the hopes of creating another Sydney icon to complement the Opera House.

13. The Colour Inside / James Turrell Skyspace and Overland Partners

Taking place in a minimalistic small building, the sky is viewed through an oculus in the ceiling the is lit up with a variety of colors that transform the experience of the sky.