From the architect. Tower-house I interprets the form of dwelling, widely found throughout the outer Mani, southern Greece; a combination of defense tower and farmhouse. This was articulated by a monolithic, stone structure with few openings, so as to protect dwellers from extensive heat as well as piracy. The surrounding landscape is characterized by dry stone retaining walls transforming a steep topography into a series of arable plateaus; these long walls were the most prominent man-made intervention in this harsh landscape for centuries.

The new Tower-house I contemplates exactly this; a mass among existing preserved retaining walls and a few new concrete ones. There are no seams at the white, 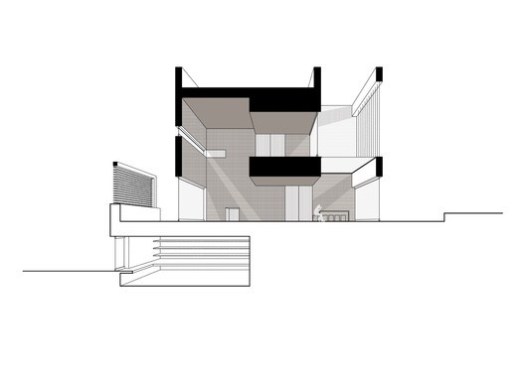 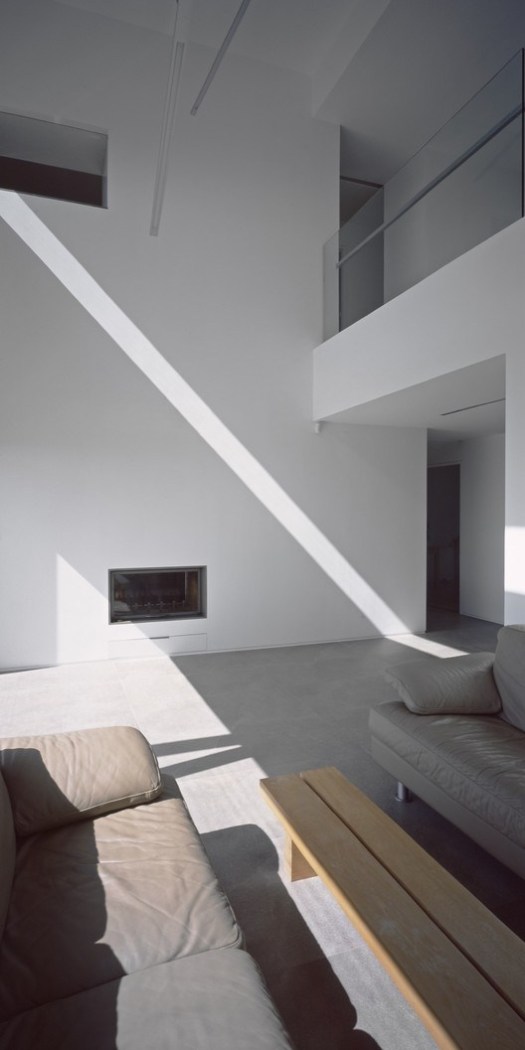 facades, only the dark frames of the apertures. No elements project from the main volume, except a steel frame in front of the main view, accommodating temporary screens.

The interior of the box, articulated by the double-height living room and the shallow dining room emphasizes the idea of Mani topography; infinite view of the sea at living area and close vicinity of the olive orchard at dining area and the kitchen. The interior embraces a protected and quiet-zone area at the second floor, the very core of the dwelling.

The program also addresses a typical, Greek, cultural issue; the need for flexibility of space due to future family growth. Thus, the house is designed to potentially become a double-dwelling in the future.