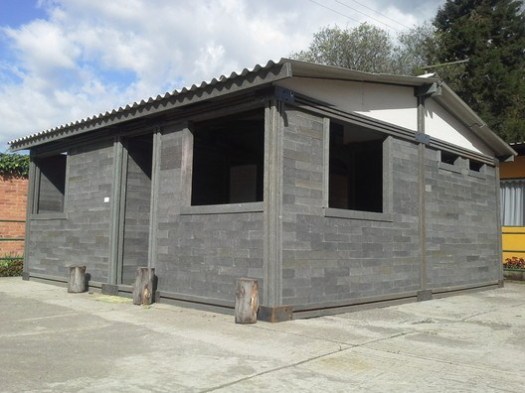 Construction of house made of recycled plastic bricks.. Image Courtesy of Conceptos Plásticos

Ten years ago when Colombian Fernando Llanos tried to build his own house in Cundinamarca, he realized that moving the materials from Bogota was going to be very difficult. After mulling it over, he decided to build his house out of plastic, and after a series of trials and errors, he ended up meeting architect Óscar Méndez, who developed his thesis on the same subject, and together they founded the company Conceptos Plásticos (Plastic Concepts) in 2011.

The innovative local company managed to patent its system of bricks and pillars made of recycled plastic, which is then put together like Lego pieces in a construction system that lets you build houses up to two stories high in five days. 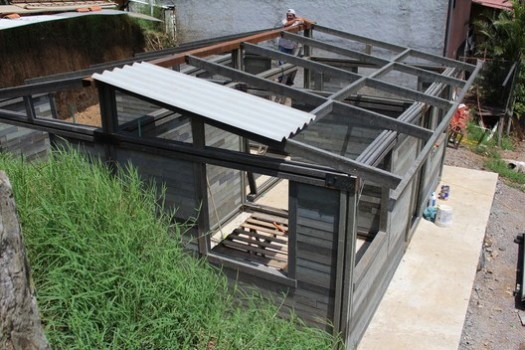 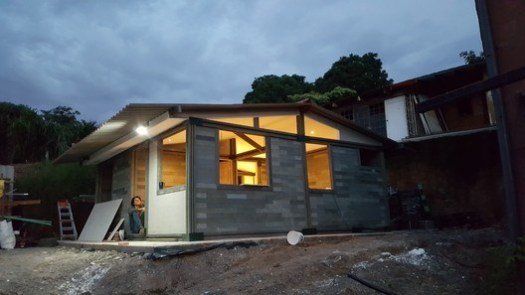 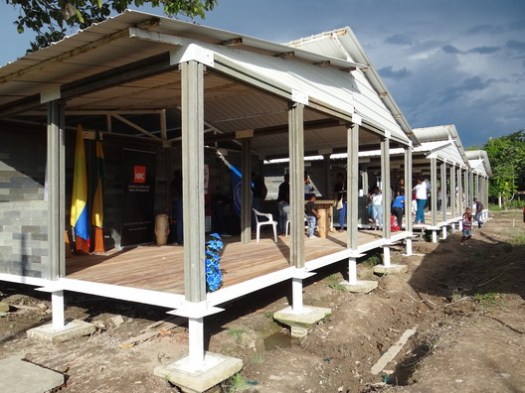 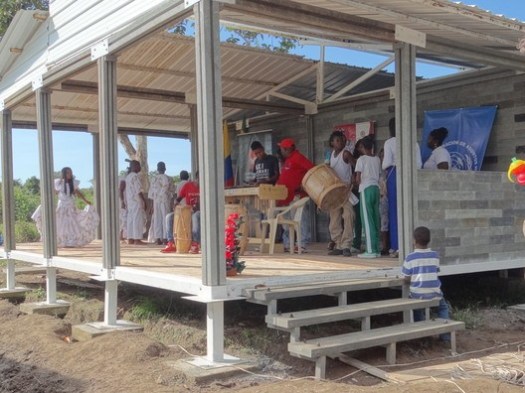 new plastic, they decided to give plastic that has already been thrown away a second chance at life, keeping in mind that on average it takes 300 years for it to completely degrade. "Working with new plastic is simple," explained Óscar Méndez to the Colombian newspaper El Tiempo, "because there are defined parameters, but used (plastic) requires more experimentation.”

The base material they work with is obtained from popular recyclers and factories that discard tons of plastic daily. Using an extrusion process, the plastic is melted and emptied into a final mold, creating a three-kilo brick (6.6 lbs), similar to clay ones with the same dimensions. When assembled under pressure, the bricks insulate heat and have additives that retard combustion. Additionally, they are thermoacoustic and earthquake-resistance is up to code for Colombia, taking into account the country’s high levels of seismic activity.

With a final cost of 20 million Colombian pesos (about USD 6,800) per unit, the company had the help of four people to build a 40 square meter house with two bedrooms, a living room, a dining room, a bathroom and a kitchen in only five days.

In their meteoric rise, a major milestone for this small company (with less than 15 employees) was the construction of a set of temporary shelters in Guapi (southwest of Colombia)  for 42 families displaced by armed conflict. After winning the bid from the Norwegian Refugee Council (NRC), they completed the project in 28 days thanks to the joint work of 15 people, while recycling more than 200 tons of plastic.

According to the NRC, the shelters have "a design adapted to the need for mobility and climatic conditions," and the layout of the roof "improves both ventilation and lighting allowing for suitable conditions in such a hot climate." The community project also has electrical installations, toilets, and three communal kitchens for the housed families.

The revolutionary initiative from Conceptos Plásticos has already set its eyes abroad and won $300,000 (USD) in the latest edition of The Chivas Venture, to step up its production on a global scale, after beating out 26 other international initiatives with social impact.