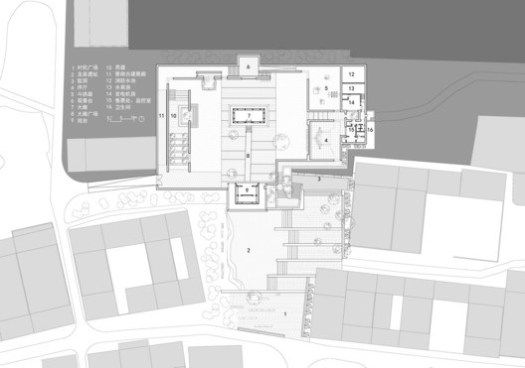 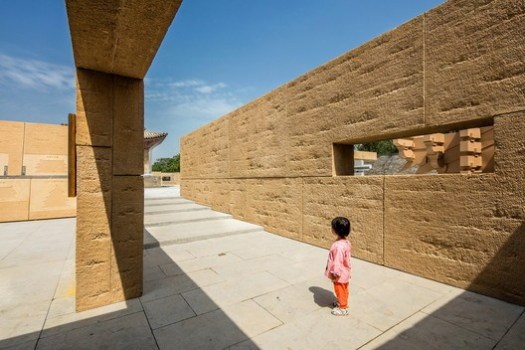 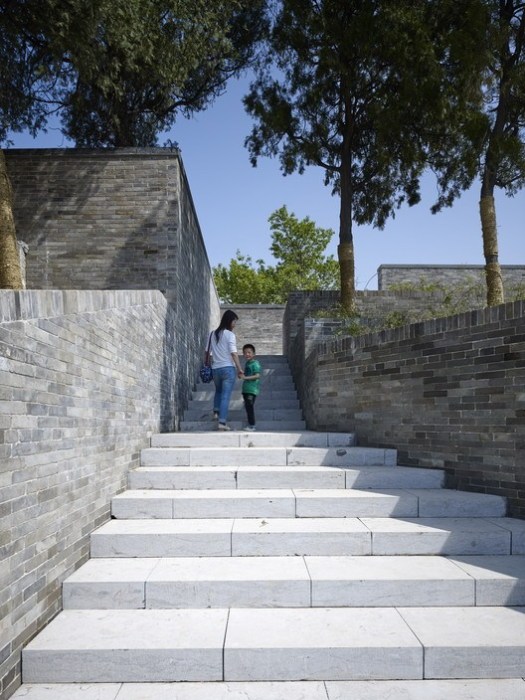 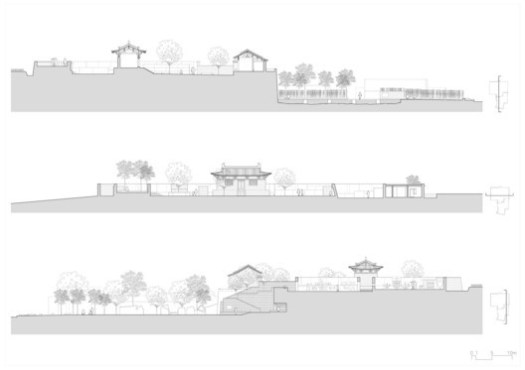 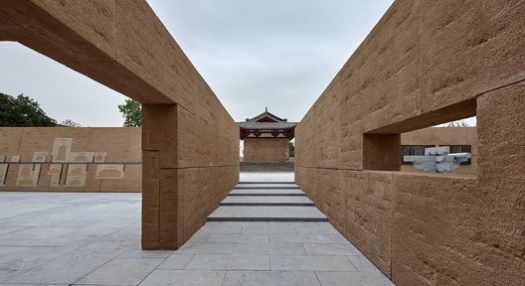 arid weather in recent years, the past splendor of the Dragon Spring lying at the bottom of the slope was gone now. Additionally, the advancement in agricultural irrigation technology caused the vanishing of the rain praying culture at dragon temples, thus resulting in the decline of the temple as the neighborhood center. In the end, the Dragon Spring, which was the spiritual core of the villagers, gradually deteriorated into a rubbish dump of the village.

From the end of 2013 to early 2015, the National Cultural Relics Bureau restored the Five Dragons Temple and the stage, but the effort only enhanced the buildings, while the surroundings were left unchanged if not worsened. With the improvement of living quality in the village, residential houses became higher and variations in styles. As the tiles and mud walls were replaced in the village, the temple was left in a more desolate state, forcing people to make another thorough renovation. This renovation was intended not only for the renewal of the poor environment of the temple, but also as a new direction in development for this historical village.

In 2015, Vanke Group built a pavilion in the Milan Expo, and to leave a legacy after the Expo, Vanke decided to invest in the environmental improvement of the Five Dragons Temple, and initiated the "Long Plan", which is an innovative attempt of cultural relics preservation. The “Long Plan” received support from Shanxi Province’s cultural relics authorities and the local government of Ruicheng county. Part of the funds were raised by crowd-funding along with Vanke's donation for the Project of the Five Dragons Temple Environmental Improvement. The whole project was organized under the enterprise management together with the abidance of the relative national cultural relics management regulations. This initiative would then go on to become the precedent where the government and private funds cooperated for cultural relics preservation, as well as the promotion of cultural protection through the platforms of internet and the international Expo.

The non-profit environmental improvement design led by URBANUS gained strong support from the specialists of historic preservation, graphic, landscape design and the joint efforts with the Vanke implementation team. In less than a year, the team had gone through the national approval procedures of relics protection. With the completion of on-site construction, this thousand-year-old temple entered modern life with a brand new environment, owing to the high-quality renovation supported by the national fund.

The design of the environment uplift for the Five Dragon Temple was centered around two themes. An outstanding theme was to create layers of overlapping spaces around the main building to tell the story of the temple history and ancient Chinese architecture. Through this theme, people would learn about the knowledge of traditional Chinese architecture to better understand the importance for the preservation of heritage. The latent theme was to restore the temple into an area of public gathering in the village, and to give an alleviated environment to encourage contemporary lifestyles in coherence with the realms of ancient architecture.

The environment effort began with the renovation of the Five Dragon Spring. With the transition from traditional to modern agriculture, as well as the depletion of natural resources, the spring essentially became a garbage yard. After the renovation, the relics were once again protected. The reeds from the banks of the Yellow River matched well with the weathered relics, and the mud ground became a square frequented by villagers. The temple was reinvigorated, and once again became the center of the village.

As the most characteristic human habitation of the local area since ancient times, cave dwellings have since drifted away from the lives of the locals. The design preserved several cave dwellings that served as livestock quarters found at the foot of the temple hill. They restored them with the traditional rammed-earth method, turning it into a shaded rest area for its visitors. With the participation of local workers, the cave renovations helped the villagers re-master this traditional construction skill.

The entrance of the Five Dragon Temple was once a muddy slide, difficult to travel through rain and snow. After the renovation, the dangerous slide was replaced with convenient stone steps. These steps were paved on the original path, preserving the plants along the side of the path.

Entering the temple, people would first see a fore-yard with prefabricated concrete with the texture of rammed wall. The cladding, imitating the local soil color, not only is reversible but also looks original, matching well with surrounding environment. A temple miniature carved on the ground and a time line of Chinese architectural history on the wall clearly show the place of the Five Dragon Temple in history.

Entering further through a narrow aisle, one would see the main structure of the Five Dragon Temple. From this perspective, the elegant side of the structure is presented to visitors. People would feel a sense of excitement and reverence upon seeing this picturesque view.

The original temple yard was barren and had nothing to see. After the improvements, the scale of the yard was trimmed in order to accentuate the temple by enlarging the temple-yard scale ratio. A series of spaces was designed around the temple to add layers in appreciation of the cultural relics. The effect of such spatial adjustment proved to be without saying. The ground between the main structure and the theater stage was enlarged and paved. The new ground could also help prevent the temple from suffering water erosion, becoming an ideal place for villagers to hold activities. The stage thus would become an important carrier of local intangible heritages.

To the north, behind the stone wall, one would see a new viewing platform overlooking the other national treasures: the city wall ruins of the ancient State of Wei, and the distant Zhongtiao Mountain. With the platform, all the rich historical elements of the surroundings along with the Five Dragons Temple would form an immediate and intimate connection.

After the renovation, visiting the relics would be like reading into the history through views toward the temple. Through a series of visual experience around the temple, visitors can deepen their understanding of this national treasure and trigger further thoughts on history.

Spaces around the main structure were renovated into open-air exhibition halls. The temple now looks like a museum of Chinese architectural history, or a rural architecture classroom. The relic is revived. Its value is manifested. Its charm will since endure.

For architects, the design in the field of cultural relics’ protection has always been conservative. At the same time we also opposed radicals ideas but would not give up the exploration of new innovations in the existing environment as well as producing new ideas to conserve the cultural relics in present context. The sustenance of a cultural relic cannot simply rely on a singular village, but also the support of tourism, and special outreach to the public. The project of the environmental improvement of the Five Dragons Temple is a new exploration in cultural relics environmental design. It break the usual conservative approach and uses a spatial sequence of etiquette to accentuate the history, rather than using the sense of history to highlight its “originality”. Frankly speaking, the spatial sequence did not derive from the original path of worship, but instead is a route for narrative for the present day. The narration first directs the respect towards the cultural relics, thus awakening the culture and customs of the locals in which are difficult to find nowadays in remote villages. By doing so, it integrates into the present village lives the missing pieces of folk culture that has been passed down since ancient times.