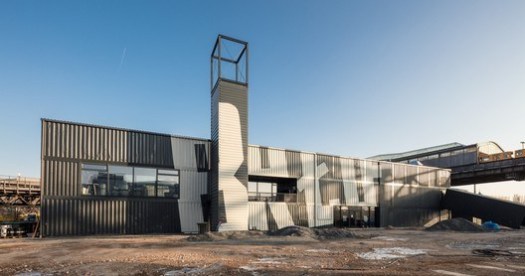 From the architect. In Berlin, on the site of “Urbane Mitte” between the eastern and western parts of Gleisdreieck Park, GRAFT designed and planned a mobile brewery and beer garden. The building for BRLO BRWHOUSE combines a restaurant and bar, beer garden and events space with a craft brewery and administration spaces and is remarkable for its modular container architecture.

GRAFT designed a freestanding building made of shipping containers, similar to the two “Platoon Kunsthalle” container constructions opened in Seoul in 2009 and in Berlin in 2012. The pre- 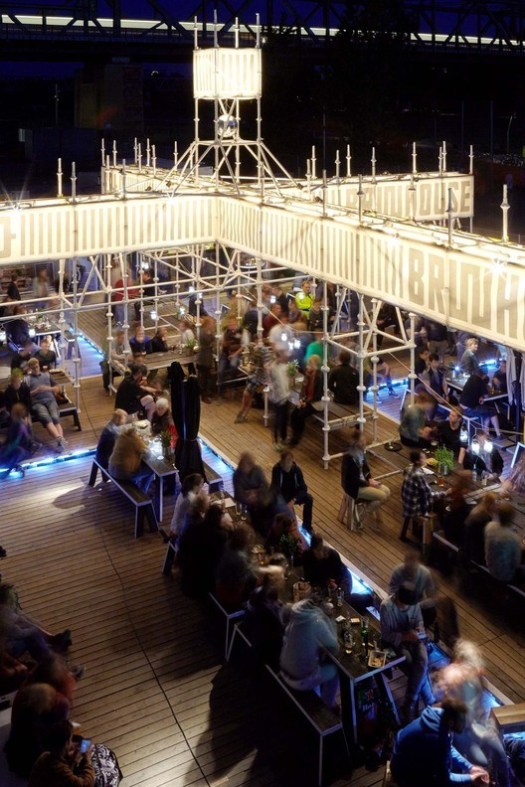 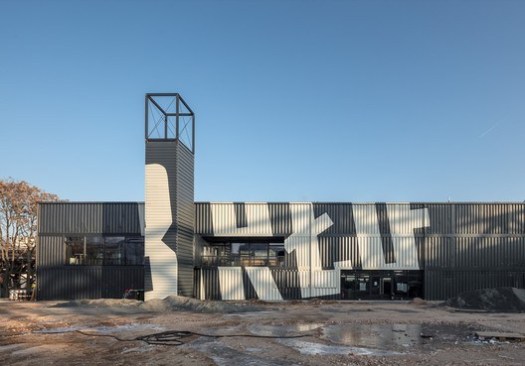 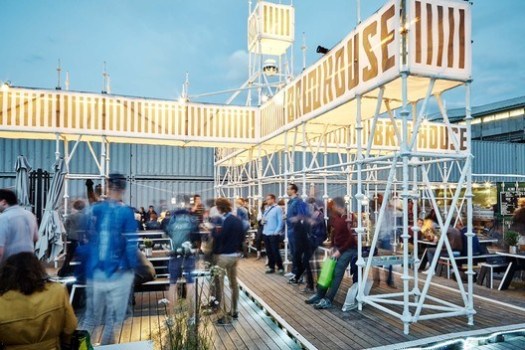 containers are altered individually according to their function and are stacked to form a mobile home base for the young local brewing company BRLO. The building is designed for temporary usage over a period of 3-5 years, and if necessary can easily be dismantled and reconstructed at another location.

Four containers long and three containers high, the block provides about 600 m2 of floor space, sufficient for the brewery equipment, as well as room for guests, events, and administration. To the west, a vertically placed container contains a staircase and functions as the entrance to the office spaces. A second, inclined container at the end of the west side provides outside access to a gallery level. The utilitarian character of the container architecture is emphasized by its anthracite colour.