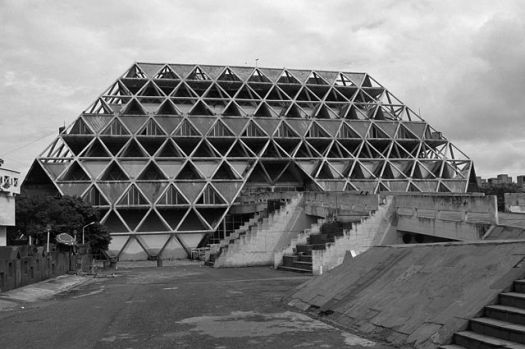 “The Hall of Nations is a very significant building in the evolution of modern architecture in India. It demonstrated the ability of the profession in 1970 to build a large space frame structure with available resources, which in this case was reinforced cement concrete and skilled hand-labour.” “It was an iconic building representing an important step in the development of Indian architecture. It should have been conserved on that account,”

Built to mark the 25th anniversary of India's independence in 1972, Delhi's historic Hall of Nations and Hall of Industries were demolished last week to make way for a new commercial complex. The Delhi High Court's verdict was based on the decision of the Heritage Conservation Committee (HCC), which deems that only buildings 60 years or older can be considered for heritage status. Notable opponents of the demolition include the buildings' architect Raj Rewal and urban planner A G Menon, who have called the teardown “an act of outrage”, the Indian Express reports. “Delhi’s many iconic buildings with rich architectural and aesthetic value will not qualify as heritage under the ‘60 years or older’ clause [...],” Hindustan Times columnist Shivani Singh wrote in an opinion piece. “The tearing down of the two buildings has set a precedent that makes Delhi’s contemporary heritage vulnerable.”