Skip to content
Yesterday I got an email with the 2017 winners of the North American Copper in Architecture Awards. Of the fifteen projects, the one at 210 Pacific Street in Brooklyn stood out the most, so I hopped on the G Train to check it out in person. 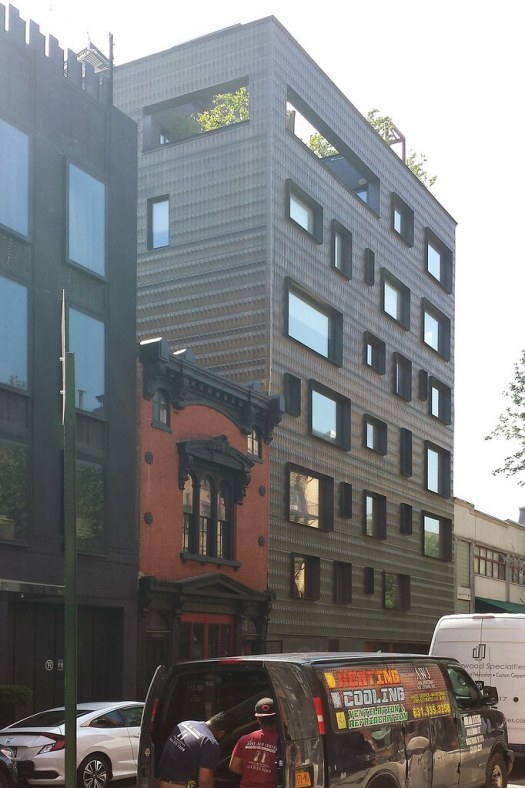 Although not credited on the awards web page nor featured on their own website, numerous sources indicate that SBLM designed the residential project. 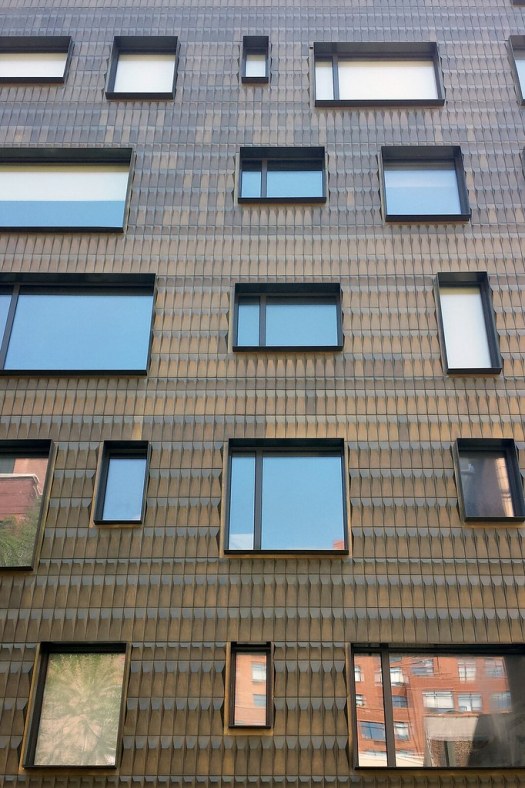 The award-winning feature is the 120-foot-tall facade, which is covered in "15,000 individual pieces of pressed brass tiles 80/20 in 0.02 inch thickness," per the awards web page. 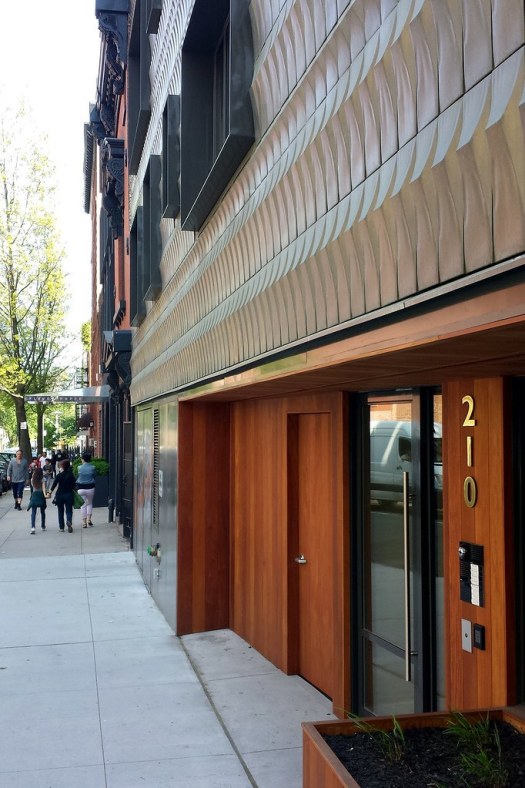 Furthermore, "the individual brass pieces in two different sizes ... are fastened to 8,000 feet of stainless steel vented track system and steel tracks supporting ventilation, and custom pieces were made to fit around corners." 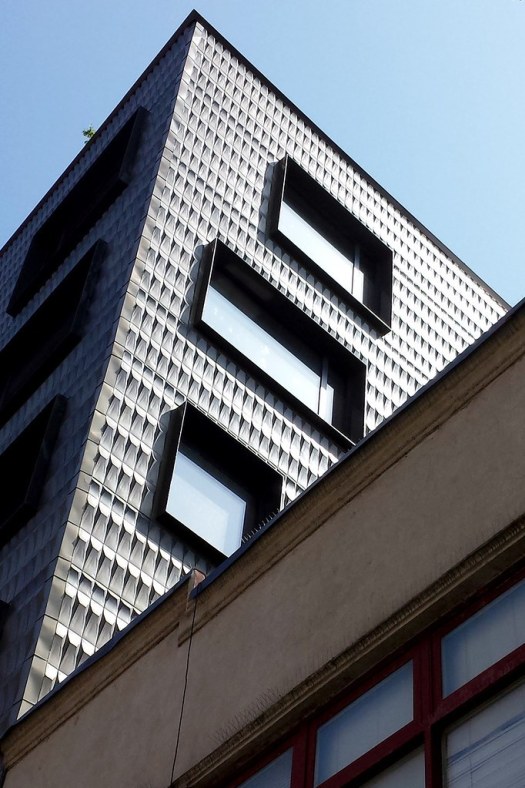 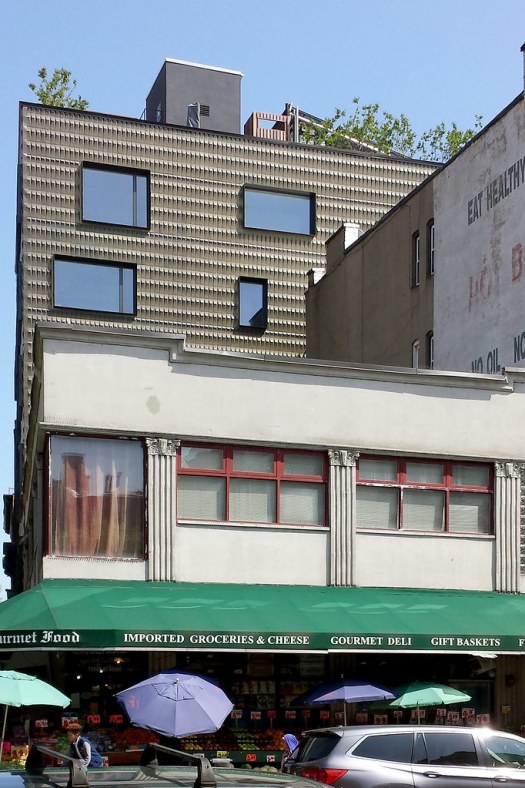 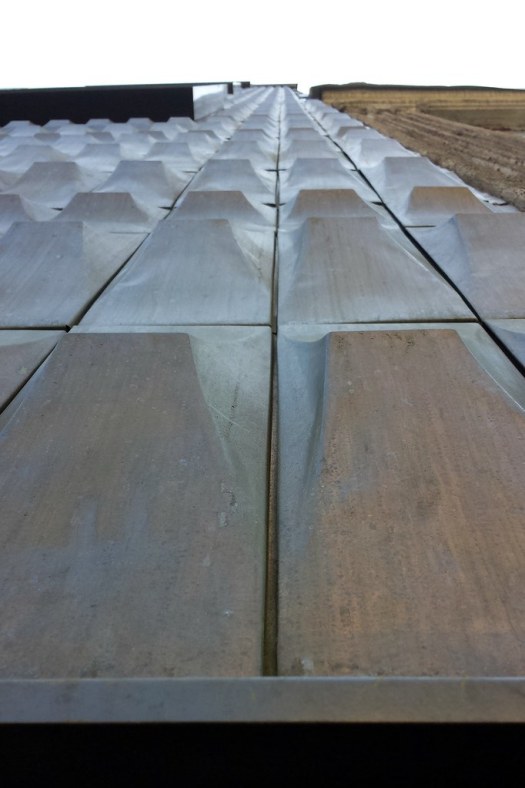 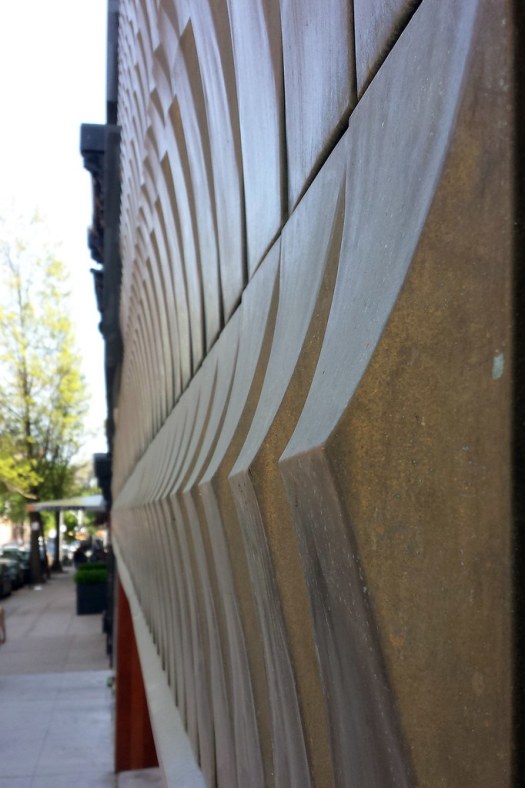 building, unlike old stone fronts that turn into brick on the sides. The developer must have bought some air rights from its neighbors, given this feature and the windows located on the side elevations.

The building wrapped up some time last year, but in that short amount of time the brass facade has subdued considerably, at least when my photos are compared with those at Pardon Me For Asking, which documented the construction in early 2016.

Numerous stories highlight the Passive House aspects of the design, meaning something green hides behind the brass fronts and sides.