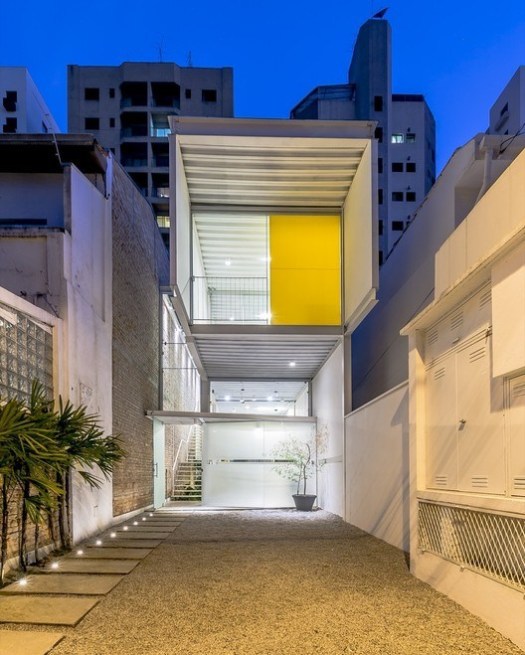 This article is part of our series "Material in Focus", where we ask architects to share with us their creative process through the choice of materials that define important parts of the construction of their buildings.

From the demolition of the existing building to the making of a new one better suited to the travel agency’s requirements of more open space, the new project also needed to leave the remaining neighboring building intact. The solution they went with was to create a new structure away from the wall, stripped to let the bricks show, and within that underlying area create a space with vertical circulation, natural lighting, gardens, and service areas like a kitchenette, restrooms, and a technical shaft. We spoke with architect Baldomero Navarro Gomes from NN Architects Associates to learn more about his choices on materials and the determining role they played in 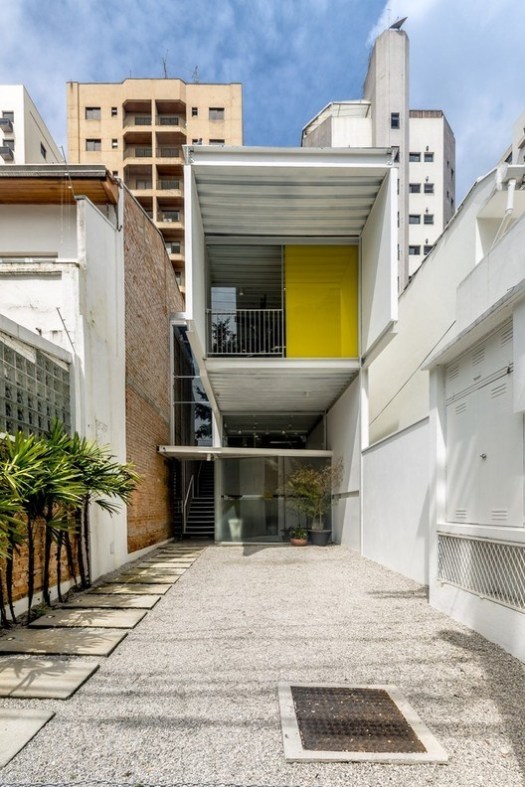 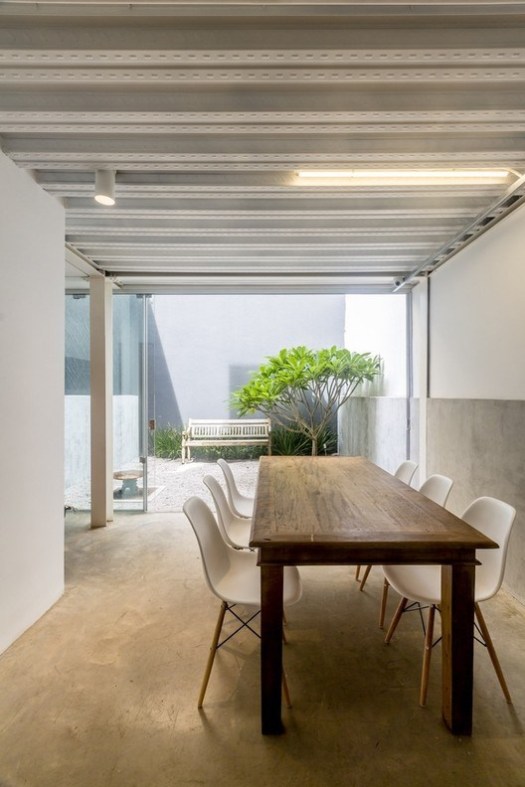 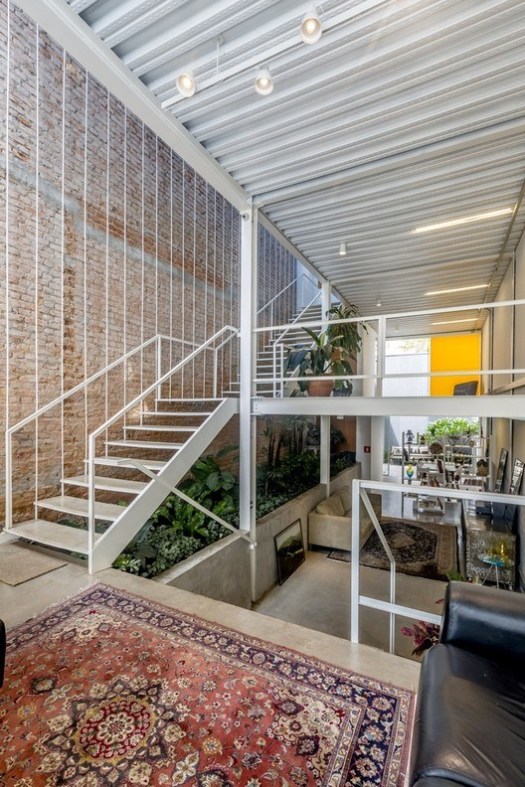 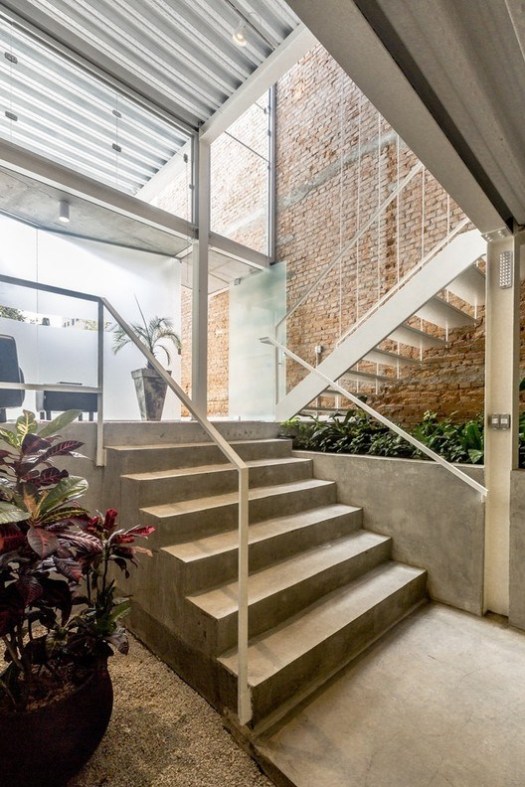 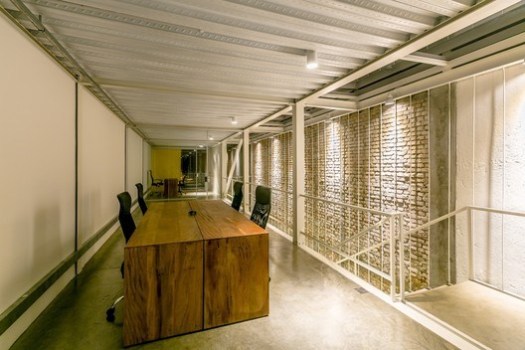 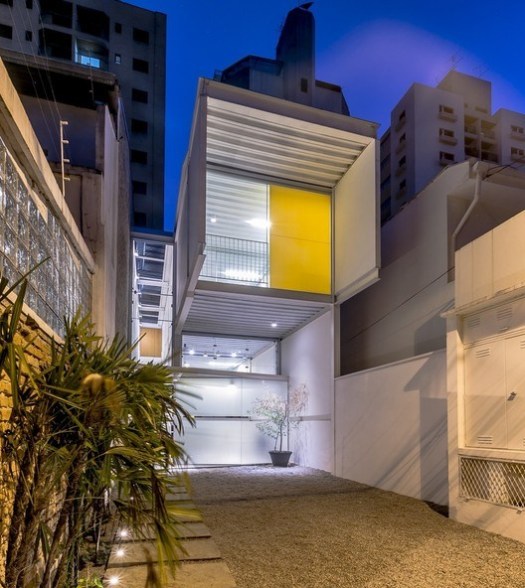 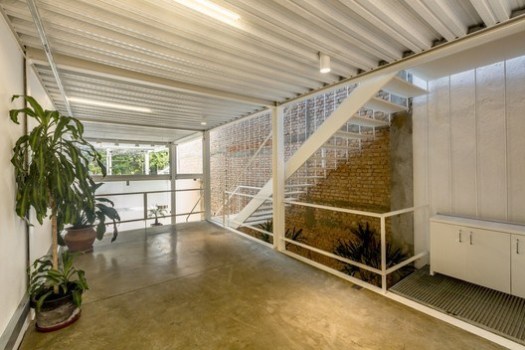 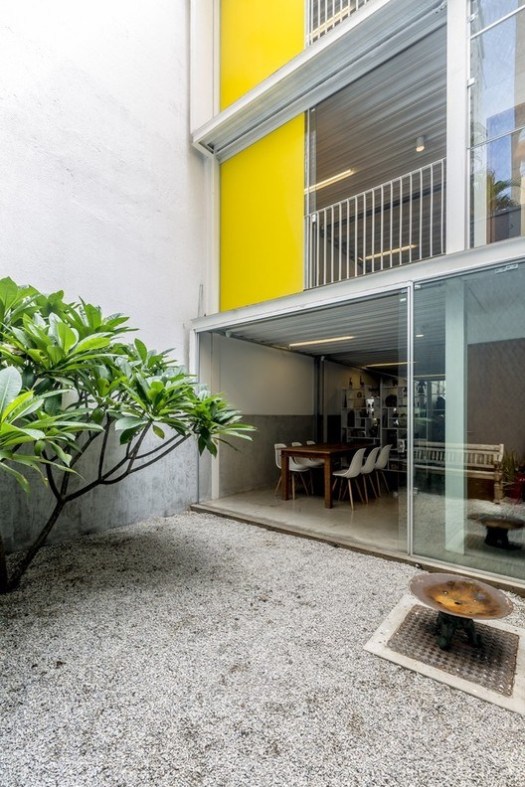 What were the main materials you used for this project?

What were your main sources of inspiration and influence when you were choosing the materials used in the project?

BNG: Budget, deadlines and legal constraints were more important than any outside influences.

Describe how decisions on materials influenced the design of the project.

BNG: The desire for a lightweight, quick-fit structure to avoid interfering with in the neighboring buildings, in addition to the difficulties from excavation and deep foundations in such a fragile terrain made the choice of structural steel the best solution.

What were the advantages that this material offered for the construction of the project?

BNG: Fast assembly and precision in construction on such a small lot.

Did the choice of materials impose any kind of challenges to the project?

BNG: The lot posed challenges, especially because of the limited space for movement of equipment. The foundations were done by special small equipment and the structure was all pre-assembled in a factory and later assembled in very little time at the construction site. This avoided the movement constraints on the work required by shuttered tiles, stanchions, and scaffolding.

Did you ever consider the possibility of other materials for the project? If so, how would that have changed the project?

BNG: Yes, we thought about building using reinforced bricks, which we decided against because of the deadline, and about steel frame, which we didn’t do because of the high costs since it was a small job and just a one-time thing.

How did you research suppliers and builders suitable for materials used in the project? BNG: Some were chosen because of very positive previous experiences (OYTO construction, BR Aço) and others we found on the internet or through recommendations from colleagues. The waterproofing of the concrete on the containment supports with the Penetron additive and the Penebar in the steel joints with the reinforced concrete were instances of the latter.