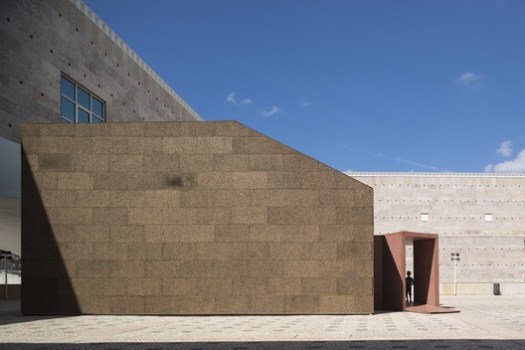 From the architect. The project was conceived with the exclusive intention of receiving a polyptych. A piece composed by a set of mobile and fixed panels, built on a single support.

The polyptych, a 5 by 3.5 metres symmetrical composition, imposes a distant but direct first contact. The entrance was thought of as an additional feature to avoid an immediate confrontation with the contemplation space. A bifurcated path leads and positions the observer in front 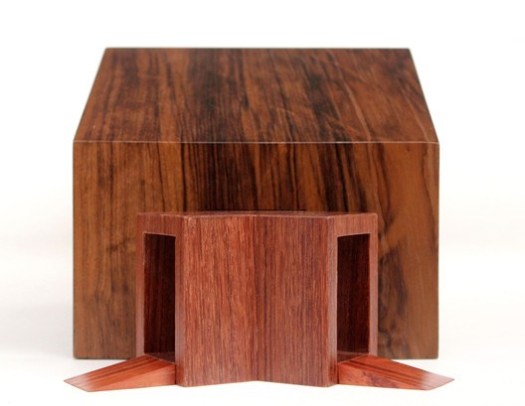 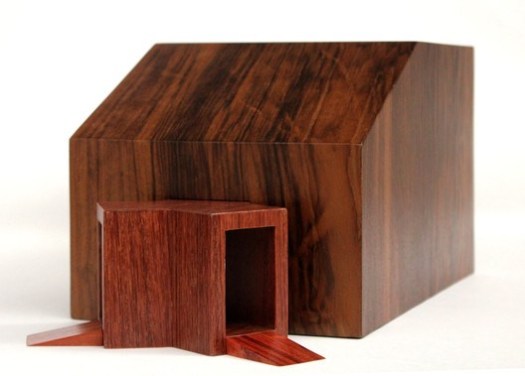 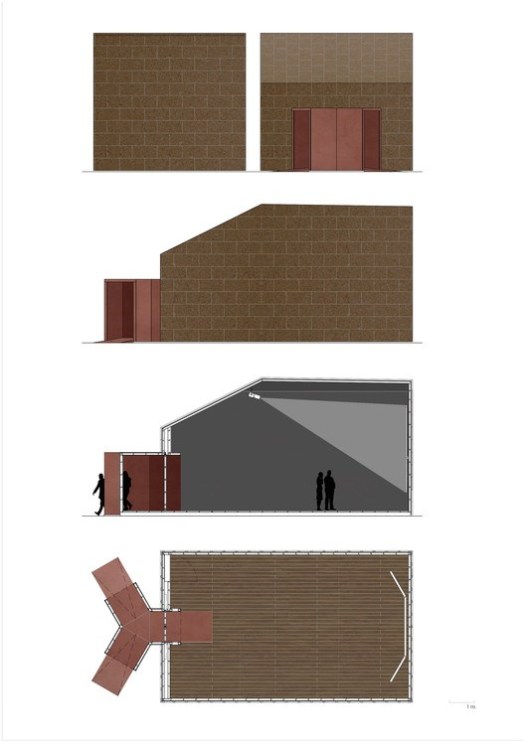 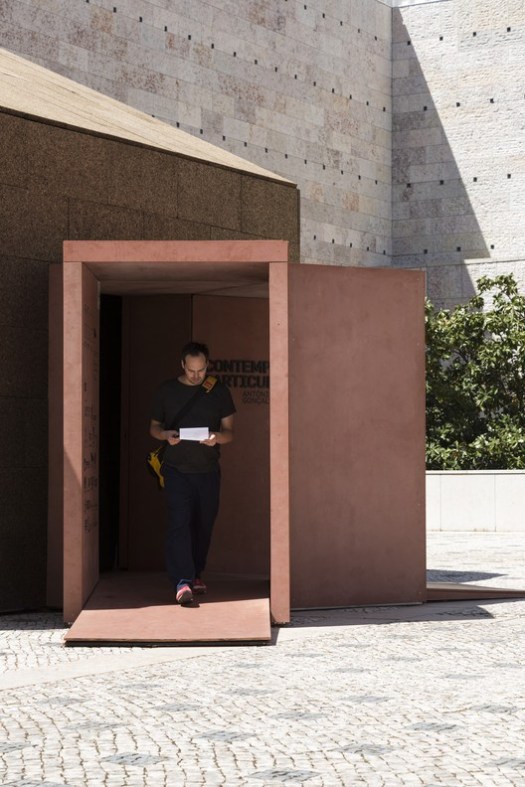 the painting, only from within the space.  A characteristic associated with the Islamic architecture, in way the arrival to a place of worship is prepared.

The entrance is narrow and enclosed by diagonal planes, in contrast to the contemplation space. The lack of light dissolves the perception of the spatial boundaries, thereby becoming an undefined and infinite scene. The existing light is cut-out by the painting, standing out as a singular element floating in the dark backdrop of the walls and ceiling. The sound of footsteps on the wooden floor is part of the theatricality of the assembly, referring to the ambience of a religious space.

From the outside, one clearly perceives the composition of the two volumes. The entrance of a bloodstained colour penetrates the contemplation space, whereas the cork skin reinforces the anthropomorphic texture of the piece.