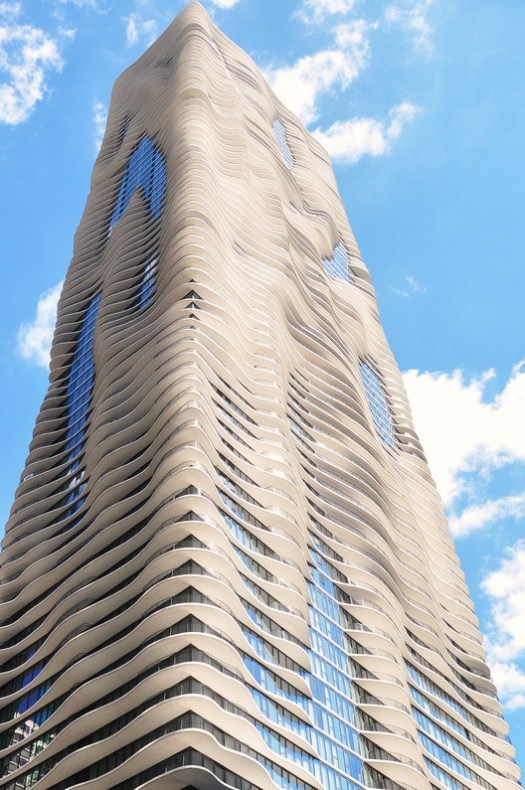 Aqua Tower. Image © Victor Delaqua Last year I had the opportunity to visit Studio Gang, one of the most prestigious and inspiring firms around led by architect Jeanne Gang. I was able to talk with her team about the workspace, some of her projects, about the future of architecture, the role of women in the profession and even about the inspirations behind the United States Embassy in Brasilia. Studio Gang's headquarters in Chicago is housed in a building that was built in 1937 and was once a community center for Polish immigrants that, among other functions, contained a bank that acted as a major anchor for the Polish community in the United States and was later at risk of being demolished.

That was the reason the office bought the building 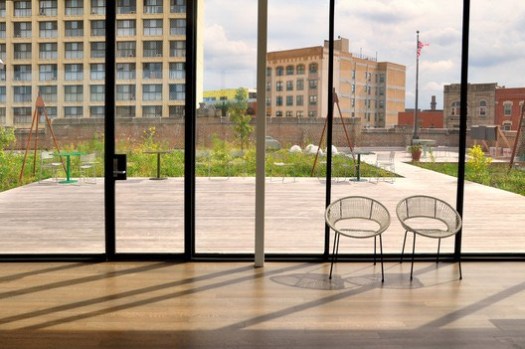 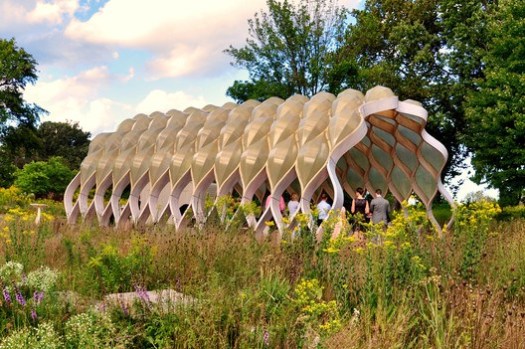 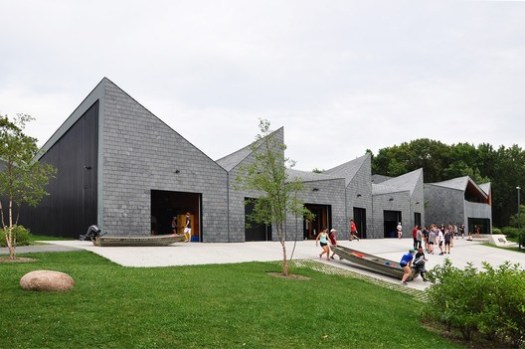 be its new headquarters in Chicago. Today, the entire space has been cleaned out and remodeled to accommodate the needs of a large architectural firm: a floor plan with big enough space to display their models, workstations, meeting tables and an open air rooftop space that offers yoga classes for the staff, lectures and other types of events that are open to the public.

Opening the building for community activities allows more people to access the historic building and learn to respect the memory of their city through living with the space. Most of the activities take place outdoors, on the roof, which has been landscaped using local vegetation in order to attract regional fauna, similar to something the firm did in one of their most celebrated projects, the Chicago Zoo Park.

Alongside the proposal for the zoo, Studio Gang is responsible for several iconic buildings in Chicago. Most of their projects generate discussions around what occurs in the daily office routine: the coexistence between people and the dialogue with the city. It’s clear that the design practice there doesn’t seek to create parks, skyscrapers or icons for a city, but spaces that people can live and experience.

Some examples would be the WMS Boathouse at Clark Park and the Aqua Tower, which is the largest skyscraper ever built that was designed by a firm headed by a woman. The project was completed in 2010.

38 From the architect. The Clark Park facility is one of four boathouses proposed by Chicago Mayor Rahm Emanuel as cornerstones of his riverfront revitalization plan, anchoring the river's future development. Emanuel's initiative was spurred by the provision of nearly $1 million in grant funds by the United States Environmental Protection Agency to help clean up the river and drive job creation.

The firm’s success comes from the research that they do to conceptualize their designs along with working across multiple disciplines through conversations with other specialists like sociologists and anthropologists. Each project gets its own bibliography and different consultants. In the case of the National Aquarium, the team collaborated with animal psychologists to understand how to design a contemporary aquarium and search for new ways to change the way we imagine these buildings and what the resident animals’ lives should be like.

Studio Gang Designs the National Aquarium of the Future in Baltimore

Studio Gang has released images of the firm's Strategic Master Plan for the National Aquarium in Baltimore. The driving force of this initiative is to identify opportunities for sustained growth, improvements to the visitor experience, and to reinforce the organization's commitment to conservation and education at all scales.

Throughout its history, the office has gained international prominence and it now has architectural pieces located in several countries, addressing local surroundings when designing, highlighting the importance of the initial research process to understanding and collaborating with communities where they’ll be building. Keeping in mind that the firm doesn’t try to impose an architectural style, on the contrary, they absorb different references in order to blend the architecture into its environment.

This may have been the secret to the company beating out other big names in the contest for the US Embassy in Brasilia. They still can’t talk about the project itself, but the fact that Jeanne Gang has already been to Brazil several times makes her fairly familiar with the country.

Studio Gang to Design New US Embassy in Brasília

Studio Gang Architects has been chosen by the Department of State to design the new US Embassy compound in Brasília Brazil's federal capital. Selected from a shortlist of six, the Jeanne Gang-led practice won the commission with their "strong and cohesive team approach with more than 20 years of collaborative experience executing projects with complex constraints at challenging sites," says the report.

Lina Bo Bardi, whom they describe as a genius, is a great inspiration to them. Among the qualities that Brazilians are already more accustomed to seeing in Lina's work, they highlight the way she explores materials, and the process and the manner in which she expresses them next in their location. In addition, they draw attention to the openings that Lina creates in her projects, which make for incredible spaces and serve as a guideline for the project. Another small clue about the future project comes in the form of respect and admiration for the work of Burle Marx, who did the landscape for the US Embassy - which will be preserved with the new project.

They mention, among other things, the monumental scale of Brasilia, which surprised them with its distances and how different the pedestrian infrastructure is when compared to the rest of the city. Which is something they couldn’t tell from looking at pictures and realized once they went to the Brazilian capital in person. This is ultimately not a good thing for the city. When asked how they imagine the future of architecture, they said that people will be the most important, actual face-to- face, non-virtual interactions and that architecture will promote this change.

The Nolli Map made history when it was created in 1748, largely because of its focus on public spaces. With it, Giambattista Nolli highlighted the fact that public places don't exclusively exist in the forms of streets and parks, but also in enclosed spaces. Yet the importance of our communal areas is constantly being undermined.

In a world that is becoming more and more flexible and ephemeral, physical spaces become even more important. Buildings should not be designed to impact, but rather to improve cities - and in this process, databases can help architects design their projects.

I'm a relationship builder In this TED Talk, Jeanne Gang makes a case for the architect as community builder, and how design choices should begin with creating connections between people.

Lastly, I asked how they feel as women in the field of architecture. Claire Cahan, Studio's project manager, agrees that there is still no equality in the architectural market, not even for Jeanne Gang. They believe that the best response to machismo is the quality of their work - which is increasingly recognized - and also at conferences and universities when they teach that women can be very successful and deserve respect in architecture.

Special thanks to Elizabeth Krasner and Claire Cahan who quickly welcomed me into Studio Gang and shared some of their wisdom with me.