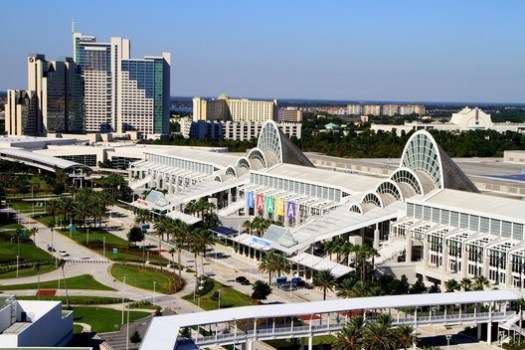 The election took place at the 2017 AIA National Convention in Orlando. Image © Flickr user billmorrow. Licensed under CC BY 2.0

The American Institute of Architects (AIA) has announced the election of William J. Bates, FAIA, as the 2018 First Vice President and 2019 President-elect. Currently serving as a member of the Board of Directors (since 2011), Bates has served terms as a vice president and the chair of the Board Community Committee from 2015-2016. He twice served as president of AIA Pennsylvania, in 1991 and 2010, and was president of AIA Pittsburgh in 1987.

"As a profession, we solve our clients’ problems by listening and synthesizing solutions," Bates commented. "These are the skills that we need to apply internally to make our profession more prosperous and inclusive for the next generation."

and is an adjunct professor at Carnegie Mellon University. He received a B.Arch. from the University of Notre Dame and pursued graduate studies in Construction Management at both Pennsylvania State University and the Harvard Graduate School of Design. Learn more about the all the newly elected officials, here. News via AIA.